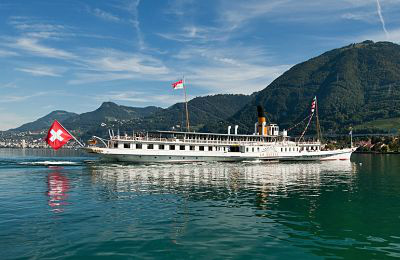 Switzerland is one of the more well-known countries in Europe that has a population of just over eight million people in 2015. There have been some issues in the past, but over the last 30 years, the water quality in Switzerland has improved big time. The chemical levels have fallen over the years and it has become some of the safest water to drink and interact with in Europe.

The water quality in Switzerland has risen extensively over the years. With new wastewater treatments, as well as treatments across the board on all water quality, there have been massive reductions in the amount of water that is contaminated across the country. The lakes have been some of the most contaminated waters in the country with a lot of pollution and chemicals within the waters. It has now become very safe to drink from and swim in whereas in the past it was not.

Switzerland has a lot of reserves to fall back on, which differs from a lot of countries around Europe and around the world. Switzerland has about 100 different lakes within the country that provide a lot of reserves of water and the ever-improving water quality of these lakes has helped the overall quality in the country. Just 2% of the annual rainfall makes it back into the process of purifying and getting the water right to make it safe to drink.

The phosphorous levels in all of the major lakes and rivers in Switzerland have dropped off significantly from 1980. The majority of the bodies of water in 1980 were between 100 and 200. Today, they are all below 100. There are other contaminants finding their way into the waters that have officials more worried than what has been problematic over the years.

The water has become safer and safer over the years in Switzerland. They have become a country to look at and see how it has improved its situation with pollution and contaminants and overcame inadequate water.