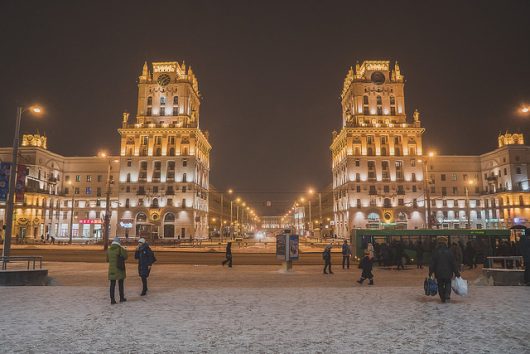 Belarus is a relatively large country in Europe with a population of 9.5 million people. The life expectancy in Belarus is 71 years with females living longer than males. Understanding the top diseases in Belarus is key to improving preventative care and medical assistance available to the citizens. The top 10 diseases in Belarus have remained the same over the last decade.

Belarus has the highest mortality rate due to cardiovascular diseases in Europe. There are other countries around Europe where the impact of heart disease is much lower. Places like Norway, France and the Netherlands all have relatively low rates of heart disease. Studying healthcare and government initiatives of these countries could help Belarus fight these disease on the home front.

Since 1983, cardiac rehabilitation has been routinely used by doctors in Belarus after a cardiac event. In 2016, 53 percent of patients underwent rehab to strengthen their heart back to working condition. The opportunity to monitor patients and control the rehab process with newer technology is working to bring people back to healthy lives after a cardiac event.

More of the top 10 diseases in Belarus include three different types of cancers. Lung cancer is the only cancer that is in the top five. The other two types of cancer are colorectal and stomach cancer.

Alzheimer’s disease saw an increase of 37 percent over the last decade and jumped from eighth on the list up to fourth.

Belarus is still feeling the effects of communist rule under which healthcare was severely neglected. However, there is a very large number of doctors, about 42,000, relative to the size of the population. There is also emergency care available. The country has 834 hospitals and more than 100,000 beds.

The top diseases in Belarus are similar to the rest of the world, with heart disease as the leading cause of death. Focusing on controlling risk factors and increasing preventative care could help to decrease the prevalence of these diseases and increase the life expectancy for Belarusians.