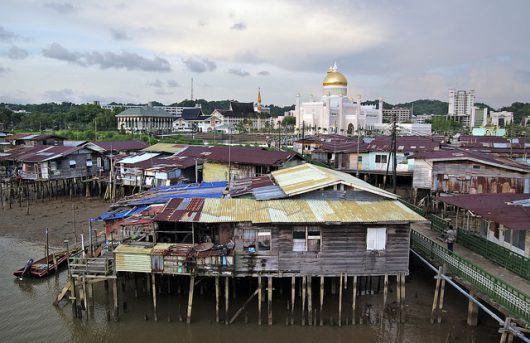 Brunei is an incredibly small country that shares borders with Indonesia and Borneo. Some of the top diseases in Brunei include various cancers, diabetes, cardiovascular diseases and chronic respiratory diseases. These non-communicable diseases (NCDs) are a widespread issue for countries in The Association of Southeast Asian Nations (ASEAN). ASEAN focuses on improving political and international economic relations to improve the stability of Southeast Asia. Malaysia, the Philippines, Singapore, Thailand, Vietnam, Laos, Cambodia, Burma and Brunei comprise the organization.

Brunei’s Ministry of Health is working to promote the prevention and treatment of these diseases. The ministry is concerned because the prevalence of these NCDs has paralleled the economic growth of ASEAN countries. Consequently, they called a meeting in 2013 with the health sector of ASEAN. Together, the two groups established goals that will attempt to control NCDs in the region by 2025.

For 30 years, NCDs have been among the most common diseases in Brunei and have been the leading cause of death. The government launched the Brunei Darussalam National Multisectoral Action Plan, which is working towards reducing NCD mortality rates by 18% by 2018. This is part of the larger goal to reduce mortality rates from NCDs by 25% before 2025.

This action plan includes five main goals to combat common diseases in Brunei. They aim to reduce tobacco use, promote healthy diets, increase physical activity, identify at-risk individuals and improve NCD treatment. With these goals in place, Brunei expects to see a reduction in the rate of diabetes by 1 percent before 2018. Diabetes is a major issue in Brunei, where 62% of people are overweight.

These programs have been successful thus far. The World Health Organization (WHO) created the NCDs Progress Monitor to track the progress of ASEAN countries. According to the WHO, Brunei has made the most progress in terms of fighting NCDs out of all ASEAN countries. The WHO has highlighted Brunei’s progress in particular areas, including drug and alcohol counseling, tobacco usage warnings and public awareness programs.

Although there is still potential for further progress, this report from the WHO indicates that Brunei is moving in the right direction to combat NCDs.