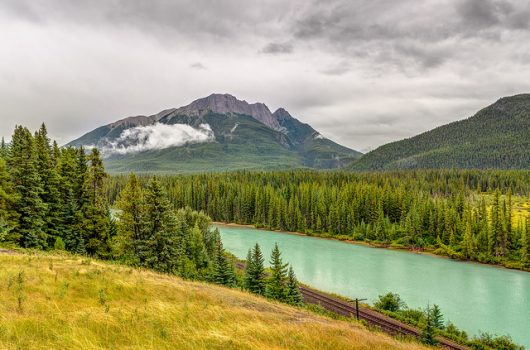 As of 2015, Canadians have a life expectancy of 82 years. However, the nation still struggles with various diseases. Here are the five most common diseases in Canada:

Cancer is currently one of the top diseases in Canada. In 2013, the latest available year for such information, Statistic Canada’s website reported that cancer was responsible for 75,112 deaths for both men and women. Lung cancer is the most common form of cancer for Canadians. According to the World Atlas, this is due to Canadians’ high tobacco/alcohol use and high-fat diets (which also increase the likelihood of developing pancreatic cancer).

Heart disease killed 49,891 Canadians in 2013. In addition to poor diet, little exercise and the popularity of consuming tobacco, income is also a factor. On a scale from 0-10 percent, lower-income Canadians were 4.9 percent more likely to suffer from heart disease than those making the most income.

In 2013, strokes also claimed 13,400 Canadian lives. Strokes are caused by an inconsistent blood flow to the brain. A large amount of sodium in instant meals and fast food brings about hypertension, high blood pressure and, eventually, a stroke. Due to the average Canadian’s diet, this explains why strokes are one of the top diseases in Canada.

CLRDs caused 11,976 deaths in 2013. These diseases restrict the flow of oxygen to the lungs (asthma, chronic bronchitis, emphysema, etc.). Bad air quality and smoking leads to the development of some CLRDs.

Finally, diabetes brings up the rear in the list of top diseases in Canada. It caused 7,045 deaths in 2013 alone. Consuming a large amount of sugar from sodas, sugary beverages and various prepackaged foods can lead to diabetes. Income also heavily influences this disease. Using the same 0-10 percent scale from earlier, those who belong to lower-income groups were found to be 5.1 percent more likely to be living with diabetes than those in the highest income bracket.

Considering all of these factors, there are some steps Canadians can take to prevent developing some of these detrimental diseases. Universal health care and private clinics provide convenient, government-funded medical help. In fact, the country’s healthcare system updates the wait times one should expect if they need to visit any health care facility. However, lifestyle changes are also necessary to treat and prevent these diseases.