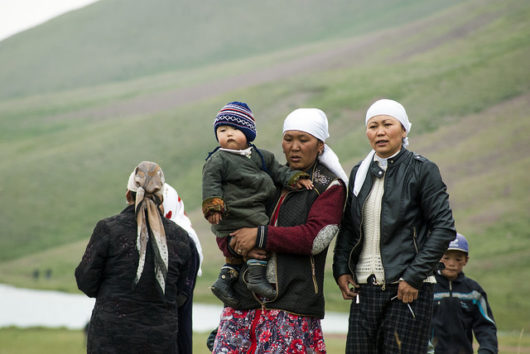 Windswept valleys and snowy mountains characterize the landscape of Kyrgyzstan. Yurts, round tents covered with skins or felt, are a common sight in rural areas. This represents a legacy from nomadic ancestors. Legally speaking, the nation itself is a young one, having officially come into existence in 1990. However, the nation’s cultural roots are far deeper than that.

Descending from nomadic forbearers, animal husbandry is heavily practiced in rural areas. Felt making and carpet weaving are still common household skills. In the 20th century, the country found itself as a part of USSR, remaining a member state for decades. Soviet culture would go on to shape national language, infrastructure and politics. The top 10 facts about living conditions in Kyrgyzstan represented in the text below will provide a better insight into the struggles and progress of a country that is both very young and very old at the same time.

Many of these top 10 facts about living conditions in Kyrgyzstan demonstrate that progress is being made despite the terrible problems the Kyrgyzstani people face. There are many organizations and people that take steps toward bringing safety, stability and prosperity to their neighbors every day. Although the road ahead of the country will be a difficult one, all journeys begin with a single step.