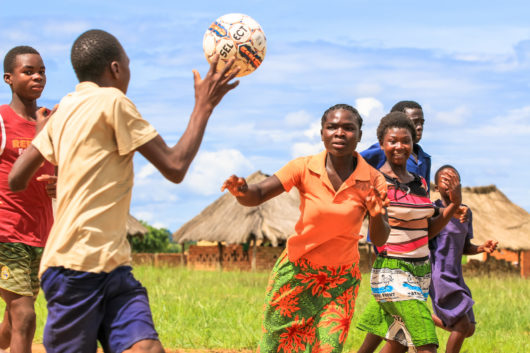 Zambia, a southern African country with a population of 15.5 million, is one of the fastest growing economies on the continent due to copper mines and agriculture diversification. However, despite its economic growth, Zambia is still one of the poorest countries in the world with 60 percent of the population living below the poverty line and 40 percent of those people living in extreme poverty. With a fast-growing population and high youth unemployment rates, Zambia is still facing the challenge of widespread poverty. In the article below, the top 10 facts about living conditions in Zambia are presented.

Zambia’s economy is improving rapidly. However, living conditions have hardly improved over recent years. People are still struggling to get access to basic survival resources and are living in unsanitary conditions that give rise to chronic diseases. One of the adverse effects of the growing economy is it has widened the inequality gap. Despite the country’s growing economy, 60 percent of the population is still struggling to make a living. However, the living conditions in Zambia can improve if the government focuses on implementing programs that will reduce the overcrowding, the improve the quality of education and help provide clean water to every citizen. Zambia may have grown economically, but the fight for poverty reduction is yet to come.