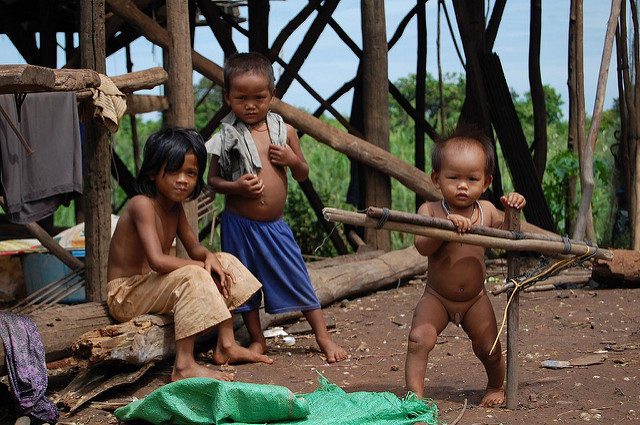 Established during the 1940s, the United Nations has been responsible for the distribution of international aid funds for decades. As the need for aid increased, the U.N. developed programs to assist in the way they distribute aid across countries in need.

There are four subdivisions, or entities, within the U.N. that regulate the distribution of international aid funds. Following the mission of the U.N., the subdivision, United Nations Refugee Agency (UNHCR), focuses on the well-being of persons identifying as refugees, returnees, stateless people, internally displaced or asylum-seekers. The goal of this subdivision is to ensure the safety and security of those seeking refuge. International aid in this department helps stabilize and rebuild the lives of people forced from the place they call home.

UNICEF and the World Food Programme

There are two entities whose focus is centered around the welfare and well-being of children. History has shown that children displaced by poverty, war, famine or other uncontrollable circumstances, often fare the worst. The United Nations Children’s Fund (UNICEF) and the World Food Programme (WFP) center their international aid efforts around providing food and other services for children and families unable to secure resources in traditional ways. UNICEF helps secure medical resources for countries where hospitals have been destroyed and which have insufficient resources and manpower or where hospitals and medical centers are too far from underserved communities.

The war-torn country of Yemen illustrates the need for the distribution of international aid to fund programs like WFP. Due to the war, men find it challenging to find work, which makes it difficult for fathers to provide for their children. Without food and proper nourishment, death is often the bleak future for young children, as was the case for a young boy named Mohamed in Hajjah. Shortly after being photographed, he passed away due to malnourishment. WFP works diligently to provide children around the world with food so that stories like Mohamed’s are anomalies, not the norm.

The United Nations Development Programme (UNDP) is the fourth entity which provides strategies and plans to help implement sustainable change. This subdivision acts as an accountability partner for countries across the world, to ensure that governments are actively participating in the rebuilding and stabilizing efforts being produced through the U.N. The UNDP currently has a strategic plan in action supporting government partnerships with businesses. This three-part plan encourages economy growth within underprivileged communities.

Over 70 years later, the U.N. continues to handle the distribution of international aid funds by helping citizens, families, communities and countries across the globe.

10 Organizations That Help Women Around the WorldBlockchain Technology: Innovation for Global Agriculture
Scroll to top