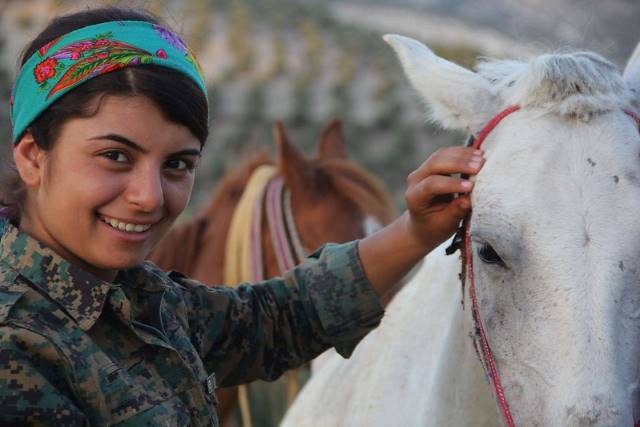 In an area of the world fraught with conflict and tension, Kurdish women continue to fight for equality and rights. Achieving this requires a united commitment to changing the perspective and understanding of culture and the role women hold in society. As a historically conservative society, change sometimes poses a challenge for Kurdistan. The Sophia Society fights for the protection and empowerment of women in Kurdistan.

Incidents of violence against women are rampant in Kurdistan. Many advocates and women’s rights activists continue to speak out against gender-based violence to lobby for change. Many of the protests and advocation for expanding women’s rights stem from a series of honor killings, domestic violence and human trafficking. Much of the violence thus begins at the family level and the law shrouds it. In a nation where forced marriage is a common practice, a woman’s refusal can thus lead to her death.

Honor killings are justified as a way to quiet a rebellious woman who refuses the will of the man who controls her life. Additionally, these women end up in unmarked graves as a symbol of shame. The Sophia Society aims to put an end to honor killings and other injustices experienced by women, including sexual violence.

The Kurdish government continues to work toward the expansion of rights and the integration of women into leading roles. With a 30% quota of women in parliament and a complete High Council of Women’s Affairs, it appears that the Kurdish government is well advanced on integration. However, critics argue that many of these women serve only as a token and their roles hold no substantial political power.

Political inclusion is a great success for Kurdish women, yet there continue to be cultural aspects that need improvement. From an outsider’s perspective, the number of women in political positions tells a tale of growth and modernization but the lack of domestic safety also makes this questionable.

Lanje Khawe established the Sophia Society in 2016, primarily to increase the literacy of Kurdish girls. Since then, the scope of this organization has expanded because it looks to address the multidimensional struggles of women. The members of this Society travel to remote villages via bicycle to deliver books to young girls and women so that they can become literate, educated and empowered in a country that oppresses them. Furthermore, the Society aims to raise awareness about sexual violence against women.

In a patriarchal society, others often deny girls access to books and education because of the misguided fear that they might rebel against patriarchal expectations. However, in many cases, it is this patriarchal society that threatens the security and safety of these girls, as one can see through honor killings.

Impact of the Sophia Society

The Sophia Society continues to use its voice to highlight the horror of honor killings and challenge the status quo within the Kurdish region. The Society, therefore, pushes for acknowledging women’s voices both politically and socially.

The challenge these women face in organizing this group is that if they do anything to bring shame to their families, death becomes a potential outcome.

What Needs to Change?

The most challenging aspect of change in these Kurdish regions is the transformation of societal normalities and cultural expectations. This will therefore require progressive laws and policies as well as public gender equality campaigns. Women learn to be passive and submissive. Because of this, the Sophia Society, therefore, wants to uplift and educate women as the feminine voices of the nation.

The national growth is slow-moving yet hope exists for the future of women’s rights as the Sophia Society commits to change. This group creates an organization of role models for other women who no longer want gender norms to define them. The Sophia Society stands alongside Kurdish women to prepare for a changed future.