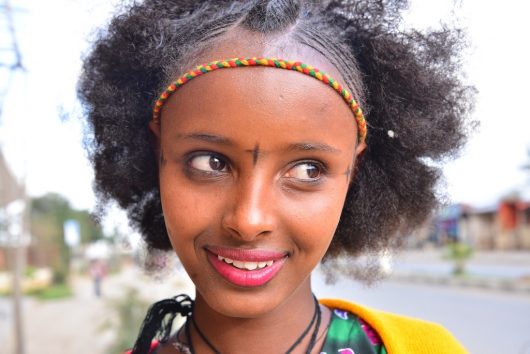 The practice of breast ironing occurs when the breasts of young girls are pounded with heated objects such as spatulas, hammers and rocks. The aim of the tradition is to halt breast growth in order to slow puberty, and sometimes the practice is done in order to postpone girls’ first sexual relationships. The ritual is mainly carried out by female relatives of the victim. Approximately 3.8 million teenagers are affected by breast ironing worldwide, according to the U.N.

Breast ironing is very popular in the nation of Cameroon. Carole, a victim of the practice there, explains how her mother told her that it was necessary. She claimed it was to keep away men because “‘men mean pregnancy.'” The routine would consist of her mother pressing a hot rock onto each of her breasts several times. It has left Carole with the permanent disfigurement of her breasts, which she describes as “flabby.”

Physical defects are common consequences of this practice. Many maturing girls also face the possibility of breast cancer or difficulty breastfeeding. Mental trauma occurs as well, such as low-self esteem and feelings of betrayal or resentment.

Breast ironing affects about one in four girls in Cameroon, but it is by no means limited to this country in particular. The practice also occurs in the nations of Nigeria, Benin and Chad, according to Newsweek.

Recently, reports revealed that the practice was taking place in some African communities within the U.K. as well. The CAME Women and Girls Development Organisation, a charity campaigning on behalf of breast ironing victims, has claimed that over 1,000 girls in Britain have dealt with the practice.

Fortunately, a number of global charities have increased volunteer work within Cameroon. Sex education is now being stressed as a better means to ending the pregnancies of young girls. By spreading awareness and offering educational services, the practice of breast ironing is already on its way to being stopped.

Women in Saudi Arabia: Steps Toward IndependenceInvesting in Youth Could Reduce Poverty in India
Scroll to top