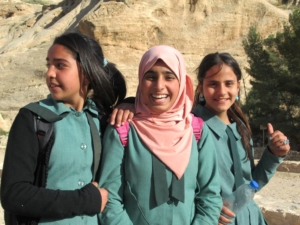 In 1960, the country of Jordan adopted Article 308, a law allowing rapists to escape punishment if they married their victim. After years of persistent campaigning, women’s rights groups across Northern Africa and Western Asia influenced countries throughout the Middle East, including Jordan, to abolish such laws. After an annual increase in rape cases since 2015, the number of rape cases in Jordan has decreased. Here is a guide to why the number of rape cases has decreased in Jordan, a description of the positive impact of Article 308’s abolishment and what obstacles women’s rights groups still need to overcome.

Elspeth Dehnert, a journalist from Huffpost, recounts the story of a Jordanian woman named Aya whose family arranged her to marry her rapist. They did this to protect the rapist from jail time and avoid a “scandal” they believed would ensue if Aya and her attacker were not married. Yet after months of suffering more abuse from her husband, Aya decided to file for divorce and publicize her situation. In a letter she wrote to the Jordanian Parliament and local media, she declared how she knew her husband only married her to escape imprisonment.

Ever since Jordan adopted Article 308, Jordanian men have used this law to escape punishment for rape. Those who supported the law claimed it protected the victim and her family from the shame of rape. Yet women’s rights organizations, like the Sisterhood is Global Institute (SIGI), and many Jordanians disagreed. The SIGI asked Jordanians what they thought motivates rapists to offer marriage to their victims. An estimated 62.5 percent of respondents said the offender wants to escape prosecution, trial or execution of the penalty. Similarly, about 15 percent of respondents said the rapist wants to avoid social stigma against him. According to Jordan’s Ministry of Justice, 159 rapists had used Article 308 between 2010 and 2013 to evade punishment.

The Abolition of Article 308

In October 2016, Jordan’s King Abdullah II ordered the creation of a royal committee to reform the judiciary and review Jordan’s entire penal code. Three years before this review, the women’s rights movement worked to gain broad support. Activists from organizations like the SIGI created a base of evidence to defeat arguments made by Article 308’s proponents. These proponents argued Article 308 keeps families together and protects women from the stigma of extramarital sex.

In doing so, activists based their stance in the horrific stories of local women and girls forced to marry their rapists. This strategy helped combat accusations from opponents claiming their campaign was being led by feminists with a Western agenda who had no right to be interfering in family law. Fortunately, the campaign of the women’s rights movement was so successful in Jordan that the Jordanian Parliament removed all the legal loopholes letting rapists evade punishment for their crimes and abolished Article 308 altogether, rather than repeal or amend it.

The Impact of Article 308’s Abolishment

Because of this abolishment, the Annual Statistical Report 2018 issued by Jordan’s Department of Statistics says the number of rape cases has decreased in Jordan. Complaints of rape in 2018 declined from 145 complaints in 2017 to 140 complaints in 2018. The SIGI issued a press release stating this is the first year Jordan has seen a decrease in annual rape cases since 2015. The SIGI also said these figures represent cases filed at police stations, some of which resulted in suspects being tried and convicted. Other cases were classified as something other than rape.

The Culture of Shame

Even though the number of rape cases has decreased in Jordan, experts say that even in countries where legal loopholes were abolished or never existed at all, the custom of allowing rapists to avoid imprisonment by marrying their victims is still widespread. Many families throughout the Arab world believe that when they expose their daughter’s rape to the public, they risk social shame. This has lead, in some cases, to a family killing their own daughter to preserve the family’s honor. From their perspective, marriage is an easier, more private solution.

The number of rape cases has decreased in Jordan, yet the culture of shame that protects rapists from punishment is still alive and well. In response to statements made by Equality Now’s legal equality program manager Antonia Kirkland, Dehnert says more effort needs to be made by judges, law enforcement and medical workers. She also states these same people need to make sure women and girls know their legal rights. If these efforts are made, women in Jordan and throughout the Middle East will experience a safer and liberated future.

Living in Landfills: Poverty In the Developing WorldAn App Joins the Fight Against Ebola in Congo
Scroll to top