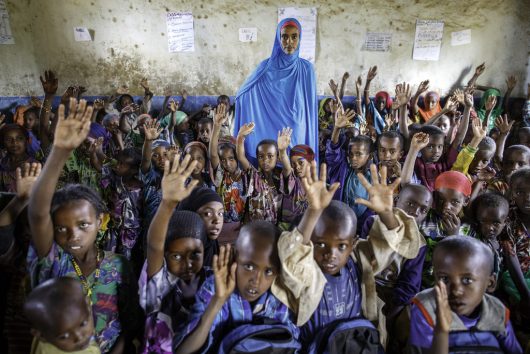 Poverty can have lasting impacts on both the people and communities in which it is present. The effects of poverty are often detrimental to both the health and education of people that are affected by it, and can lead to higher crime and mortality rates in neighborhoods and countries where the poverty level is high.

More than 10,000 children die every day because they live in poor housing. The effects of poverty on children are even more dangerous than for adults, because children are still developing. While in their developing stages, without access to healthy living conditions or secure access to food and water, children easily succumb to both disease and death. Living in a house that does not have adequate ventilation or proper heating can cause lasting damage to a child’s health, if they survive at all.

Poverty also affects education for people of all ages. Younger students will not be able to afford school supplies or clothes for school. As students get older, without a scholarship, secondary education and college are out of the question. Sometimes, even with a scholarship, they are not able to attend, because they have a family to support at home and need to work. Without adequate education, many people end up working for minimal pay, which keeps them impoverished for the duration of their lives and continues the cycle of poverty within the home.

The effects of poverty include high crime rates in affected communities. People without the proper resources to survive often resort to theft and violence in order to survive. Oftentimes, in high poverty areas there are also high unemployment rates, and because people are unable to obtain jobs, they resort to crime because they feel they have no other options.

The cycle of continued poverty also has a significant negative effect on the health of citizens. Substance abuse is often higher in areas with high poverty rates. This only continues to drive families deeper into poverty and continues the vicious cycle of poverty in the community. There are also more crippling accidents, because people in poverty tend to take jobs in unsafe working conditions to make money.

Poverty also has the power to divide society. The lower class is pitted against the higher class and vice-versa. This allows the gap between the two to become even larger without a chance to rectify the problem. In countries with large gaps between the two classes, the middle class is often small or nonexistent, which is an important stepping stone for people in a lower class to earn better wages. As that class disappears, the amount of impoverished citizens will continue to grow.

The effects of poverty are plentiful and widespread. The amount of crime, violence and death that run rampant in communities with high poverty rates are no coincidence, and are a direct result of the amount of poverty in that area. In order to diminish crime and violence in these areas, poverty has to be diminished first.