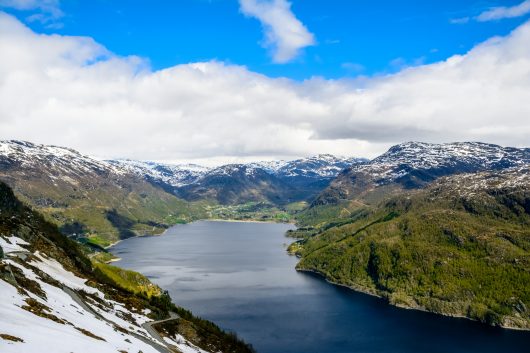 With its capital, Oslo, ranked as the 59th most expensive city in the world, Norway is anything but cheap. The high cost of living in Norway is a result of its egalitarian social system, which relies on a value-added tax system and minimal variations between incomes among its citizens to sustain its unique economy and socioeconomic structure. However, the social welfare system provided by the Norwegian government as well as the low unemployment rate in Norway are the positive results of the pricey standard of living.

A key feature that defines the high cost of living in Norway is the increased tax rate. From income tax (starting at 28 percent) to value-added tax, Norway’s tax structure strengthens its egalitarian social system. One of the benefits of using this type of social system is that there is a very minimal differentiation between incomes in Norway. This prevents wage-gaps and renders social classes in Norway to practically nonexistent.

While inadequate pay for minimum wage is a problem among many developed countries, Norway has abandoned this concept all together. Most citizens in different employments sectors, from education to food service, earn a living wage. Although this boosts the price of common goods significantly, it also ensures that Norway’s working class does not become impoverished. This socioeconomic ideology is responsible for reducing Norway’s unemployment rate to a minuscule 3.4 percent.

Education, health care and transportation in Norway are all subsidized by the government. High taxes provide for quality public services. This is especially evident in health care for Norwegian families; cash-for-care benefits, as well as free prenatal visits, including maternal and paternal leave, are all covered by the Norwegian government.

Mutual functionalism between Norway’s citizens and government not only allows its economy to thrive but its democratic process too as well. By rewarding workforce participation with quality social welfare, the Nordic model is an economic solution to ensure societal development. Although the cost of living in Norway may seem inopportune at first glance, there is no doubt that the Norwegian social system provides exceptional benefits for its citizens.