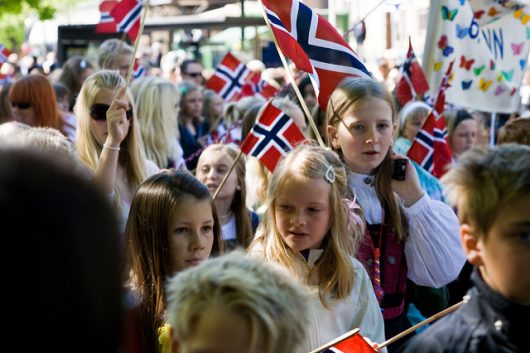 Norway, a country in northern Europe, is known for its beautiful landscapes and happy population. While the country is commonly mentioned as one of the happiest countries in the world, it too faces the plight of disease just like the rest of the world. Here are some of the most common diseases in Norway.

1. Ischemic Heart Disease
Known as the most common cause of death in the Western world, ischemic heart disease is a shortage of blood supply. In its less severe form it is felt as angina, but as the disease gets worse, plaque begins to cover the wall of the artery, leading to a heart attack.

2. Alzheimer’s Disease
A type of dementia that causes problems with memory, thinking and behavior, Alzheimer’s disease is the second most common cause of death in Norway. Alzheimer’s is the most common form of dementia and begins to affect adults around the age of 65. In the early stages of the disease, those inflicted experience memory loss, but as it continues on it becomes difficult for them to keep up with a conversation or respond to the environment around them.

3. Cerebrovascular Disease
Encompassing different types of afflictions, cerebrovascular disease refers to any disorder in which the brain is affected by bleeding. The various conditions include stroke, carotid stenosis, vertebral stenosis and other diseases.

4. COPD
Chronic Obstructive Pulmonary Disease is a disease that affects millions of people all around the world. This term is one that describes several conditions including emphysema, chronic bronchitis, asthma and forms of bronchiectasis. While many people have subtle symptoms such as breathlessness and coughing that are a normal part of aging, these can be the first signs of more serious pulmonary issues.

5. Lung Cancer
One of the most common cancers in the world, lung cancer is a leading cause of death in Norway. Most of the time, lung cancer is caused by behavior choices, such as smoking. Other risk factors include high levels of pollution, radiation and asbestos exposure.

While many of the most common diseases in Norway are ones that come naturally as we get older, some of them, such as lung cancer, are ones most commonly brought about by behavioral and environmental choices.