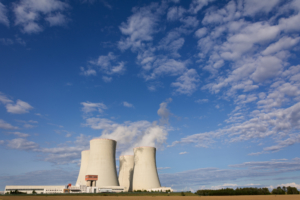 The following are five technologies that provide significant contributions to clean the world:

For some, this may not be seen as a technology per se, but algae is actually classified as a biofuel. Making algae involves growing acres upon acres of crops, but they can help clean our planet in a very important way. They can be used to fuel vehicles such as cars and planes. James Murray of the BusinessGreen website says, “those eco-warriors in the US Air Force have already successfully trialed biofuels containing algae, and wider test flights are imminent.”

When Albert Einstein reviewed the technology involved with these carbon chains, they were first intended to be used as weaponry. Therefore, he refused to be involved in the Manhattan Project that led to the production of the atomic bomb. However, this same technology has the potential to clean the environment via depletion of greenhouse gas emissions. According to David Doody, writer for GreenBiz, “Nuclear reactor design company Transatomic Power’s Waste-Annihilating Molten Salt Reactor and Bill Gates-backed traveling wave reactors are designed to use byproducts of conventional nuclear power production as fuel.” So, rather than use carbon chains as a weapon or create more greenhouse gases, we would use nuclear energy as fuel.

Normally, the first thing people think about when broaching the subject of eco-efficient technology, they might think of wind farms and solar technology. Solar is, at the moment, the most promising renewable energy source. James Murray of BusinessGreen describes solar glass as lightweight and flexible, and the solar cells can be integrated into clothes and even to car park canopies. Eventually, solar cells could be integrated into almost anything.

Awareness is continuously being spread about the downsides of using chemicals to clean water. That being said, it’s also possible to clean water with chemicals. There are is a demonstration plant being built in Pennsylvania that aims to clean the water used in the fracking process. This way, oil is still attainable and the water used to attain it can be cleaned. William Kohl, the head of business development for Advanced Water Recovery, say,s “this firm can desalinate water for 70 percent less than current technologies. Cost is generally the biggest factor, keeping more drought-prone regions from building these plants.” That being said, he’s also planning to move in on projects to make drinking water from seawater.

Nuclear technologies that are carbon-based have already been discussed, but what about pure carbon? It can be put underground, but newer companies can harness carbon with their technology and create products, like baking soda or chairs, that people use in their everyday lives. “Once captured through these companies’ technologies, carbon can be used in industrial or commercial production, to produce low-carbon fuels or for other applications.” Yet another solution that can combat climate change and global warming.