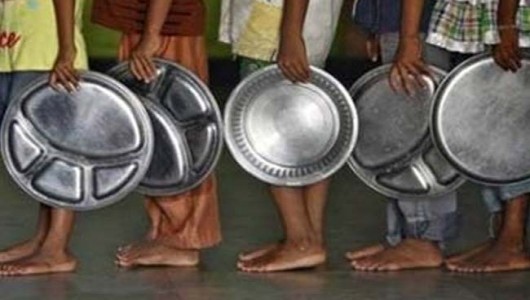 A new report released last week by the United Nations has predicted that only $160 per year for each individual currently living in extreme poverty is necessary to eradicate hunger in the world by 2030.

The joint report, which was prepared by the UN Food and Agriculture Organization (FAO), World Food Program (WFP), and International Fund for Agricultural Development, argued that such funding to eradicate hunger should be provisioned through both the transfer of cash and certain investments considered supportive of impoverished areas.

In order to meet the current base poverty line of $1.25 per day stipulated by the World Bank, the UN hopes that cash transfers will assist in the immediate elimination of hunger. Officials estimate that this undertaking would cost $116 billion per year, of which $75 billion would be designated to rural areas.

The UN has also estimated that an additional $151 billion per year will be necessary to fund “pro-poor” investment projects designed to support the predicted decreases in the frequency of poverty while also encouraging sustainability. Such endeavors could include the expansion of irrigation systems, the construction of more effective sanitation systems or infrastructural repair.

The FAO stated within their report: “Eradicating world hunger sustainably by 2030 will require an estimated additional $267 billion per year on average for investments in rural and urban areas and social protection so that poor people have access to food and can improve their livelihoods.”

The FAO estimates that over 800 million people across the earth still do not have access to adequate and sustainable food resources. A large portion of these people have been found to live in rural areas, a geographical prevalence which has caused many organizations to shift the focus of development projects towards rural regions in recent years.

Noting the necessity for increased efforts to eradicate hunger, José Graziano da Silva, Director General of the FAO, recently stated: “If we adopt a ‘business as usual’ approach, by 2030, we would still have more than 650 million people suffering from hunger.”

Graziano also argued, “The message of the report is clear: Given that this ($267 billion) is more or less equivalent to 0.3 percent of the global GDP, I personally think it is a relatively small price to pay to end hunger.”

In regards to the structure of plans outlined by the new report, Graziano stated: “We are championing an approach that combines social protection with additional targeted investments in rural development, agriculture and urban areas that will chiefly benefit the poor.”