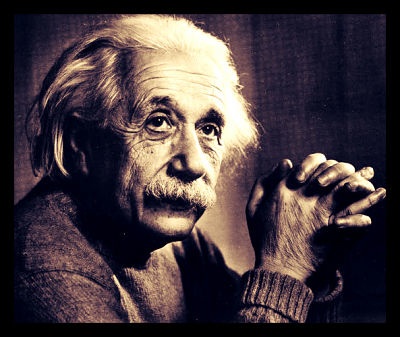 As the author of the theory of special and general relativity, his name stands synonymous with the word “genius.” Changing fundamental ideas about the physical relationship between space, time, and gravitation, Albert Einstein radicalized how humans think about the building blocks of the physical world we live in. His theory of relativity was confirmed in 1919 from further research into solar eclipses. His popularization by the press gained him a quick rise to fame and in 1921, Einstein would receive the Nobel Prize for his related work.

Being himself a German Jew, Einstein cultivated an outspoken political personality and was well known for his pacifist ideals. His work, paired with his political persona triggered negative attention from extreme right-wing groups.

Anti-Semites were determined to publicize his discoveries as “un-German”. The rise of the Nazi party made it more and more difficult for Einstein to work in Germany, so in 1932 when offered a position at Princeton University, he accepted, retaining dual U.S. and Swiss citizenship.

While his theories were still widely taught, he was ultimately accused of treason in 1933 by the Nazi Third Reich; winning the party a partial victory when Einstein’s name could no longer be mentioned in academic circles. Although Einstein was not in Germany at the time, Nazi fanatics still had his property seized and his books were among those burned on the famous May 10, 1933, as a symbol of purging an “un-German” spirit.

He fled to the United States on October 17th of that year, using his fame and financial resources to work vigorously with his wife to obtain U.S. visas for other German Jew refugees. Einstein had haunting mixed feelings about his life in Princeton:

“I am privileged by fate to live here in Princeton…In this small university town the chaotic voices of human strife barely penetrate. I am almost ashamed to be living in such peace while all the rest struggle and suffer.”

Among many notable others, the legacy of Albert Einstein’s refugee status resulted in the founding of the German Academic Refugee Initiative Fund (DAFI), an organization whose primary objective is to promote self-reliance of refugees through providing professional qualifications for future employment. In addition, DAFI contributes to the development of critical human resources that may be needed in the potential restoration of refugees’ home countries. DAFI also offers a scholarship project; an effective instrument used to attain and maintain self-reliance of refugees when used in the right context. The funds given from the scholarship must be used to aid in the academic studies of eligible refugee recipients.

Thus, Albert Einstein left us not only with mind-blowing new theories in physics, but a key organization telling us that education paves the road out of socioeconomic poverty.