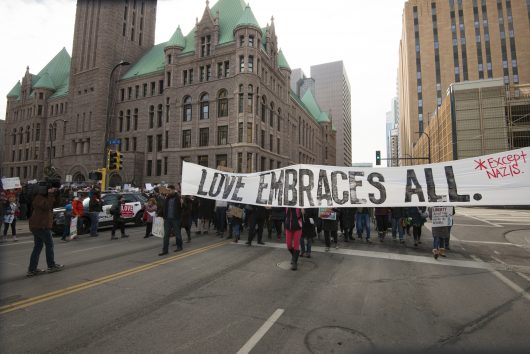 As hostility and division in Germany have grown over the course of entering the nation, one village has remained untouched by the discourse.

Golzow is a small, yet famous, village on the German-Polish border. Film fans know it by a 42-hour documentary filmed over five decades, The Children of Golzow. In spite of the film’s success, the population of Golzow has decreased by 12% — down to 835 people. By March 2015, the school of Golzow couldn’t reach the number of students needed to hold class and had to be closed.

Nevertheless, mayor Frank Schütz had the solution: invite Syrian refugee families with primary school-age children to join the community of Golzow and donate to them the now-empty apartments. By helping those in need, Golzow’s need would be fulfilled as well.

The first family who accepted the invitation brought six school-age children with them. This allowed the school of Golzow to exceed the number of students necessary to keep it open. The mother recalled her family’s arrival, describing, “Everyone came to welcome us here with flowers. [Golzow] is very open, it’s a very small village and the people are very beautiful.” As the Syrians found a home,  the school and the town found new life.

Other Syrian refugee families have followed in their footsteps. In February 2016, Golzow welcomed its third Syrian refugee family. Halima, her husband, and her children were able to act as Golzow’s very own unofficial translators between Arabic and German.

Since 2015, more than one million refugees have sought asylum in Germany. Unfortunately, after experiencing violence and economic hardship, the climate of the culture towards Syrian refugees has begun to sour. Today, as the once-warmly welcoming Germany is paying asylum seekers to return to their countries, Golzow serves as a reminder that those who stay have a purpose.