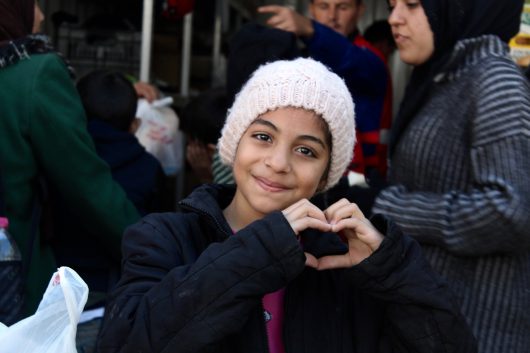 In early June, Darayya, the rebel-held suburb of Damascus, received its first aid convoy in four years. While the delivery was invaluable to helping alleviate poverty in Syria. However, the U.N. was unable to send more than a month’s worth of medical supplies and food.

Reuters reports that the U.N. received permission for this exchange in March, but the Syrian government would not permit any more deliveries. They claimed that the rebels have plenty of supplies.

In addition, BBC reports that the population of Syria has dropped by at least 6.5 million in five years. Unfortunately, the war and poverty in Syria has led to this massive displacement and death. the BBC estimates that approximately 6 million people are refugees, and between 100-500 thousand are dead.

Those left behind face sieges, soaring food prices and decreased access to important institutions like hospitals or schools. Throughout the country, the civil war has left many.

At least 13.5 million of the 17.9 million people still in Syria desperately need assistance.

Another article from the BBC displays something even more harrowing. The names and dates of children killed in the war reel, one right after the other, across the screen.

The stories are short, similar and sobering: “Seta Naser al-Krad, a girl from Deraa, was shot and killed on 25 March 2011… Anas Muayad al-Wassa, a boy from Hama, was executed on 24 February 2012.” Underneath, the article states that over 19 hours would be required to read them all.

Currently, the population of Darayya—8,000 individuals—needs more food if they are going to outlast the siege. The government’s assurance that they have plenty does not match inhabitants’ reports. Constant bombardments and the long siege have destroyed a place once renowned for its grapes, apricots and olives.

Tales now range from kids growing ill from eating nothing but soup and salad to foraging for grass as rations dwindle.

One woman reports that her young grandson does not know what fruit is.

The U.N. has struggled to get aid to the rebels facing siege in Darayya. While they were able to gain permission for this convoy, the regime has been successful in blocking previous attempts.

Few rebels waited to receive the convoy. Syrians who did manage to receive aid were incredibly grateful.

Considering the obstacles, distributing medical supplies is a huge step for the U.N. and Darayya. The situation in Syria remains dire, but small successes such as this one make a large impact and will save hundreds of lives.

1 in 6 Children Live in Poverty in AustraliaAdvocacy 101: How to be an Advocate
Scroll to top