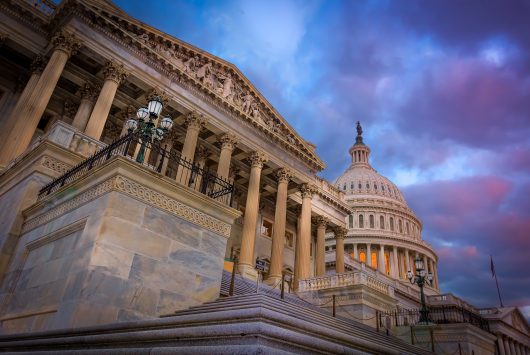 The American government provides avenues on how to remove a U.S. president from office. These are the three primary reasons: criminal activity, inability to perform presidential duties and lack of party and public popularity.

One way to remove a U.S. president from office is through impeachment and consecutive conviction. This method is intended to be implemented should the president commit a crime. The president has the same rights of due process as any other legal defendant, and therefore must be indicted of an actual crime, which involves violating a law that was passed prior to him committing the crime.

The impeachment process requires agreement between both legislative bodies. The House of Representatives requires a simple majority, more than 50% of the vote, to impeach. The Senate requires a two-thirds majority.

Congress has impeached two presidents in the nation’s history. Congress impeached the 17th president, Andrew Johnson, after he replaced Secretary of War Edwin M. Stanton with General Ulysses S. Grant because this violated the Tenure of Office Act.

Congress impeached the 42nd president Bill Clinton on charges of perjury and obstruction of justice following Clinton’s testimony of his extramarital affair during a sexual harassment lawsuit filed against him by Arkansas state employee Paula Jones.

Congress did not convict Johnson nor Clinton, however, and they remained in office.

Another enumerated power which facilitates the removal of a U.S. president is the 25th Amendment to the Constitution. This amendment allows the president to voluntarily step aside if he feels he may be physically or emotionally unable to perform presidential duties.

Lack of Party and Public Popularity

The government provides multiple avenues on how to remove a U.S. president from office. These account for the variety of circumstances which may warrant a removal.