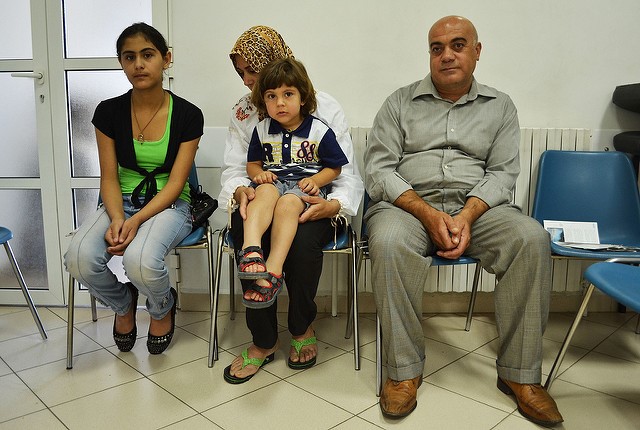 Throughout the Syrian refugee crisis, physical care for refugees, such as the provision of medical attention, housing, and sustenance, has been a crucial concern. Mental health, however, is another facet that must be addressed. In response, two Syrian psychologists have made the mental health of Syrian refugees their concern.

In 2013, psychiatrists Andres Barkil-Oteo and Hussam Jefee-Bahloul met at Yale University, according to Huffington Post. They quickly discovered they had many of the same interests — one of which being the desire to find a way to utilize their mental health expertise to aid Syrians and Syrian refugees.

Although the two had left their homeland of Syria for psychiatry training in the U.S. before the major uprising in 2011, they still felt very connected to the crisis and wanted to find a way to help from abroad.

The remote network allows mental health workers in Syria to upload case information as well as video and audio recordings of patients to seek direction and help from specialists worldwide. Typically, this U.K.-based network sees about 10 to 15 cases each month. Because of the platform, knowledge from resources worldwide is brought to Syrian mental health workers, which is pertinent since mental health care has been in short supply within Syria.

According to the World Health Organization (WHO), even before the conflict broke out, there were a mere 70 psychiatrists in Syria serving 21 million people. Only two public psychiatric hospitals existed: one at Damascus that now operates at partial capacity because of security concerns and one in Aleppo that is now closed.

While the Syrian Telemental Health Network has aided many Syrian mental health workers and refugees, there are still many more Syrians facing mental health disorders in need of treatment despite limited resources.

These two Syrian psychologists remain dedicated to their mission and are currently seeking out more funding to put more resources into the platform to increase the numbers of mental health workers and victims being helped.

Since leaving Yale University, Jefee-Bahloul became an assistant professor of psychiatry at the University of Massachusetts and Barkil-Oteo joined Doctors Without Borders to provide psychiatric care to refugees in Greece.

Poverty in Vanuatu Has the Rwandan Genocide Taught Us to Say ‘Never Again?’
Scroll to top