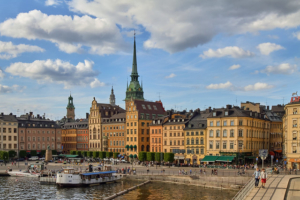 Sweden is a Scandinavian country known for providing an impressive amount of humanitarian aid. Sweden’s foreign aid strategies are both similar and unique to the objectives of other countries. The Organisation for Economic Cooperative and Development (OECD) praises Sweden as a leader in foreign aid because of the nation’s “consistent generous levels of official development assistance” and for “its global development leadership on peace and conflict prevention.”

The Swedish government has long shown concern for humanitarian issues. In 1975, the country achieved the United Nations’ goal of providing 0.7 percent of the nation’s gross national income (GNI) on official development assistance (ODA). In 2008, Sweden contributed 1 percent of its GNI. This number has continued to escalate and is now at 1.4 percent.

Equality is a core tenant of the Swedish foreign aid mission. In 2014, Sweden was the first country to implement a Feminist Foreign Policy, a strategy that promotes gender equality and women’s rights. Socially, women in countries receiving aid have been provided with programs on how to prevent and resolve instances of discrimination and abuse. Legally, female representation in the government and in the private sector has improved in these countries as well.

Other long-term foreign aid objectives in Sweden focus on installing democracy, peace and security, health equity and efficient education systems in the countries that lack these necessities.

Sweden’s most effective agency that works to downsize poverty and foster development is called Sida, or the Swedish International Development Cooperation Agency. The agency methodically establishes democracy throughout countries in order to achieve these two goals.

Sida provides impoverished countries with humanitarian aid for emergency relief and long-term aid for development. Long-term development is the more intricate of the programs. The Swedish government implements this long-term aid with two principles in mind. First, that varying policy areas need to work together to produce positive development; second, that humanitarian aid should be implemented with the perspective that people are capable and eager to accept change.

As of 2007, Sida has 33 partner countries to which they are currently providing aid. While this number has reduced from approximately 125 since the 80s, the extensive efforts put into individual projects illustrate why Sweden is a leader in foreign aid.

Most recently, Sweden has proven itself as a leader in foreign aid through its dedication to those suffering through the Syrian crisis. Due to the disastrous conflict, there are currently 11.7 million individuals in need of assistance. Many hospitals, schools and markets have been destroyed as well.

Sida has allocated more than SEK 367 million (approximately 37.2 million USD) to humanitarian relief in Syria in 2019. This aid goes directly toward life-saving interventions. Basic needs are given to the country’s most vulnerable individuals who live in refugee camps and other communities. Much of Sida’s aid has also gone to Syria’s neighboring countries who receive the most refugees such as Jordan, Turkey and Lebanon.

Lastly, Sida donates to United Nations organizations present in Syria. The Swedish foreign aid machine has worked closely with the International Red Cross and Red Crescent Movement, as well as UNICEF, to improve the infrastructure required to fulfill the needs of Syrian refugees. These organizations have access to local partnerships scattered around the region that continue to provide health care, education and safe housing to displaced individuals.

What Does the Future Hold?

The Ministry of Foreign Affairs estimates that the number of refugees around the world will increase in the years to come. As this reality materializes, global leaders will only benefit from emulating the Swedish government’s extensive efforts to fund, provide and implement efficient humanitarian aid policies.