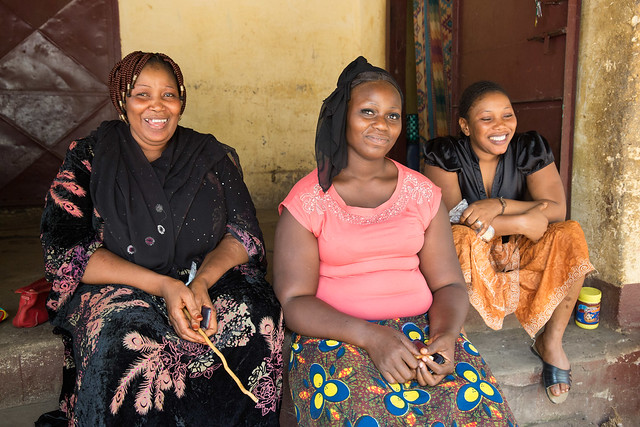 Guinea, officially known as the Republic of Guinea, is a country in West Africa with a significant amount of natural resources, such as bauxite and iron ore as well as gold and diamond mines that could bring the country immense wealth. However, due to its reliance on agriculture and the Ebola outbreak of 2014, the country remains in poverty and has some of the lowest health rates in the world. The philanthropic focus on eradicating Ebola has shifted funds from maternal health to ending the Ebola crisis, endangering the lives of women and children. Improving maternal health in Guinea needs to become a priority.

One aspect of maternal health that could use improvement is prenatal care and scheduled doctor visits. In rural areas, fewer than 40 percent of women receive prenatal treatment while 71 percent of women in urban areas attend doctor visits before the birth of their child. These low percentages of prenatal care correspond to equally low rates of women who give birth in facilities with trained personnel. The main reason women do not want to give birth in facilities is the mixed-gender wings. Women feel uncomfortable giving birth where men are present.

To combat these statistics, the government of Guinea and various non-profit organizations are implementing programs to help improve the health and mortality of infants and mothers. In 2018, the World Bank approved $55 million in funding for the two poorest regions of Guinea, Kindia and Kankan. This money will go to improving reproductive, maternal, newborn and child health.

The grant was distributed to two different associations. The International Development Association will receive $45 million to provide low to zero-interest rates for programs that improve economic growth and reduce poverty. The Global Financing Facility will receive $10 million to prioritize underinvested areas of maternal and infant health.

In 2015, the USAID began the Maternal and Child Survival Program in Guinea, which improves the quality and availability of maternal and infant services. The goal of this program is to empower district-level lawmakers to strengthen local centers through a bottom-up approach. Through this initiative, MCSP has established seven healthcare facilities with 42 healthcare providers and 125 healthcare educators.

In 2015, the IDA approved a grant to implement the Primary Health Services Improvement Plan as part of a five-year plan to improve maternal health, child health and nutrition in Guinea. The grant specifically targets health centers by increasing the number of health centers and the availability of equipment and supplies in these centers.

Due to many centers focusing on fighting Ebola, this plan improves the availability of medicines in health centers, restores drug funds within health facilities, supports training in financial drug fund management and covers any financial gap to produce medicines in subsequent years. Additionally, the grant provides three-year training and continuous mentoring for nurse assistants. Furthermore, it recruits unemployed nurse assistants to work at these health centers.

Since these initiatives began, there has been a significant improvement in developing maternal health in Guinea. The number of births attended by trained health professionals between 2016 and 2018 improved from approximately 27,000 personnel to 44,000. There were also 8 percent more women who received prenatal care by attending at least four doctor visits before the birth of their babies.

Similarly, the Ebola Response Project, although meant to target people affected by the Ebola breakout, has positively affected maternal health development in Guinea by helping fund a new maternity center in Koba. This center helps women attain the privacy they desperately desire by providing two separate wings for men and women. At this center, specifically, a program was initiated to distribute clothes, mosquito nets and soap to expecting mothers to encourage visiting the center.

Maternal health development in Guinea has been steadily improving through programs and governmental plans; however, there is still much work to be done. Although infant and maternal mortality rates are dropping due to an increase in health centers and personnel, a continued increase in funding and a restructuring of fund management is necessary to continue to improve maternal health in Guinea.

Why Sweden is a Leader in Foreign Aid Abandoned Infants in Pakistan: Unfinished Business
Scroll to top