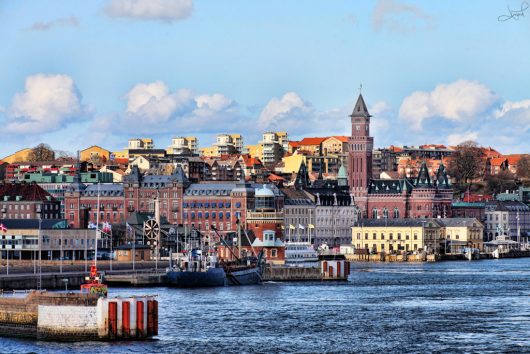 Sweden is a very fortunate country. Globally, Sweden ranks sixth, behind other Western European nations in keeping its citizens fed. There is virtually no hunger in Sweden, meaning it has very low levels of malnutrition and undernourishment as well as high access to safe, clean drinking water. Sweden, being so fortunate in its ability to maintain healthy citizens, has started The Hunger Project — a project designed to achieve a sustainable end to global hunger.

The Hunger Project was founded in 1977 in Sweden. It has become a global nonprofit dedicated to ending world hunger and poverty, declaring “our vision is a world where every woman, man and child leads a healthy, fulfilling life of self-reliance and dignity.” The Hunger Project now has many global allies, including in the United States. Some allied partners are Citi, the Ford Foundation, Ronald McDonald House Charities (RMHC) and the World Bank, to name a few.

Starting to fight global hunger in Sweden quickly moved the project to the areas of the world that needed the most help. The Hunger Project works in three main large areas: Africa, South Asia and Latin America. The Hunger Project uses three essential activities in order to carry out its mission. The first is mobilizing village clusters at the grassroots level to build self-reliance. The second is to empower women as key change agents. The third is to forge effective partnerships with local government.

The Hunger Project works in partnership with people in Africa, South Asia and Latin America in an effort to build “bottom-up” strategies. “At the heart of [their] methodology is our fundamental belief in people as the author of their own development.” The Hunger Project works with people fighting against hunger and poverty in an effort to create a self-sustainable lifestyle outside the hardships of hunger.

While there is not much hunger in Sweden, there is hunger worldwide, and Sweden is working with many other countries globally to help those in need. The Hunger Project believes that the end to world hunger can be achieved by 2030. By working hard and efficiently this goal can be realized.