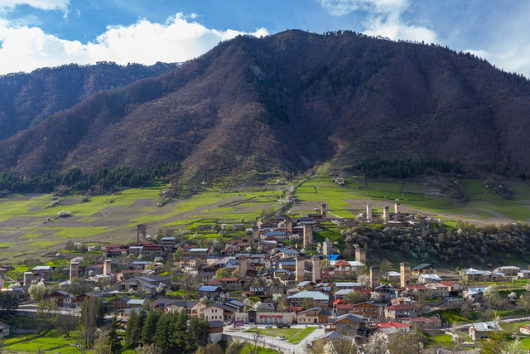 The beautiful Republic of Georgia is nestled in the picturesque Caucasus region between Russia in the north and Turkey in the south.

Much of the land between the sea and the peaks is green and fertile. Here, sustainable agriculture in the Republic of Georgia thrives.

In 2015, the Government of the Republic of Georgia began a push to improve its agricultural production for both economic and environmental benefit. The country’s agriculture strategy also aims to reduce Georgia’s dependence on grain imports, one of the country’s top import products.

The importance of agriculture in Georgian history, specifically winemaking, stretches back over 8,000 years. Wine has been and continues to be one of the most important aspects of Georgian agriculture.

The strategy has the vision to create an environment that will increase competitiveness in agro-food sector, promote stable growth of high-quality agricultural production, ensure food safety and security and eliminate rural poverty through sustainable development of agriculture and rural areas.

Each section outlines plans to implement everything from better irrigation, saving water and reducing water pollution, to improved animal husbandry.

On top of embracing modern techniques, they outline improving both industrial agricultural techniques and educating and helping smaller rural farms embrace these techniques.

The most important steps in the strategy from an economic standpoint are not just introducing techniques that will benefit the farmers’ crop yields while lowering their total overhead cost but the government’s idea to help bring crops to market within the country and for export.

The FAO and EU Help

The development of sustainable agriculture in the Republic of Georgia is not a solo mission.

The United Nations Food and Agriculture Organisation (FAO), along with the European Union is partnering with the Republic of Georgia to bring its dream to fruition.

The European Union is helping the Georgian government by providing both money and expertise. The FAO has been working with the Republic of Georgia on promoting and implementing programs aimed at increasing food security since 1995.

From 2013 to 2015 the sustainable agriculture in the Republic of Georgia was spearheaded by a joint FAO and Georgian government venture. FAO assistance in Georgia has mainly focused on technical development and the livestock industry.

It is nearly impossible not to talk about the connection between wine and Georgian agriculture.

While the wine exports do not hit the numbers that more notable wine countries like Italy, France, or Spain do, it should not go unnoted.

Georgian wine is beginning to gain more and more international recognition. This has the potential to grow the export industry surrounding wine and increase tourism of the country, both potentially big economic benefits.

Sustainable agriculture in the Republic of Georgia has been and always will be an uphill battle. Russian pressure from the North has historically put pressure on the region. Only eight years ago, the two nations were at war.

Georgia is pulling itself up by its boots straps and beginning to shake off the dust of the Soviet Union. The country is forging its own future from the ground up.

Displacement in EthiopiaSustainable Energy for All
Scroll to top