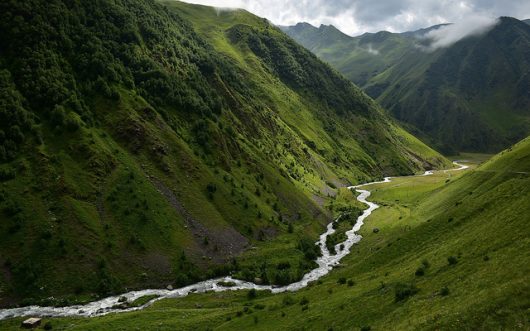 The Republic of Georgia was one of the most prosperous nations in the Soviet Union. However, the collapse of the Soviet Union also collapsed Georgia’s prosperity. Conflicts and economic deficits ensued and hunger in Georgia became an issue.

A report by Food Security and Nutrition in the South Caucasus stated that Georgia “cannot ensure the population of the country with stable and high-quality or adequate food, even in non-crisis situations.” Market supply-and-demand largely dictates food provision, relying on the physical presence of food in shops and markets. With 70 percent of food being imported into the country, food insecurity and the quality of goods are ongoing issues for citizens.

Though there is economic growth in the country, it is largely unrelated to food-related industries such as agriculture. Agricultural stagnation contributes to the issue of food insecurity as there is no dependable market. More than 50 percent of the population derives income and sustains themselves from the agriculture industry that only accounts for 10 percent of the nation’s aggregate GDP.

There are a few organizations that aim to minimize and eliminate the extent of hunger in Georgia.

The first is Action Against Hunger. They have been involved with hunger in Georgia since 1994, helping 2,754 people gain economic self-sufficiency in 2016 alone. This economic self-sufficiency can help individuals and families avoid hunger in the current food economy and beyond. The organization does this through a focus on the development of long-term food security programs. In at-risk communities, Action Against Hunger identifies income-generating activities and provides training in conflict resolution as well as encourages community participation in water, sanitation and hygiene programs.

Another organization is the United Nations Food and Agricultural Organization (FAO). Their work in Georgia started in 1995 and is concentrated on six priority areas: post-conflict livelihoods and food security, animal health, plant protection, food safety and consumer protection and forestry and fisheries. Overall, FAO puts an emphasis on utilizing natural resources and developing legislation for food safety and trade standards to help the impoverished of Georgia.

These organizations, as well as others, raise awareness for Georgians and encourage reform in the country so that widespread hunger does not remain a concern in the country.