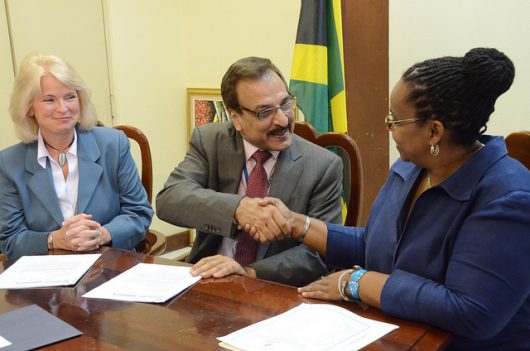 Jamaica faces many economic struggles and is often in need of foreign aid. For the past five years, the U.S. has been the biggest provider of foreign aid and investment in the country. The aid is valuable for both countries as the U.S. benefits from foreign aid to Jamaica in many ways.

Although a popular destination for travelers, Jamaica faces many economic issues, including high unemployment rates, crime and corruption. The country is also prone to natural disasters. Although tourism helps support the economy of Jamaica, it is not enough to sustain it.

Jamaica believes that foreign aid and investment is a key aspect of growing its economy and has made governmental reforms to better accept and use these funds. This makes the funding process easier for countries like the U.S. and provides greater assurance that the funds will be allocated and implemented properly.

The way the U.S. benefits from foreign aid to Jamaica far outweighs the risk of investing in the county. Jamaica is a major economic partner to the U.S. The country is already a major tourist destination with developed infrastructure. Jamaica’s infrastructure boasts world-class transportation on land, air and sea, as well as a developed telecommunications system.

Funding toward the tourism sector would only strengthen it further, improving Jamaica’s economy. This, in turn, would help provide for Jamaica’s funders. This includes the countries that directly fund it through foreign aid, as well as those investing privately through businesses. These businesses include tourism but also focus on a variety of other fields such agribusiness, mining, energy and manufacturing.

There are many ways in which Jamaica has made investing more accessible to countries like the U.S. and helped to ensure that both countries benefit as much as they can from it. One example is the improvement of credit access, which makes the starting of a business more accessible in consideration of price, especially for the electricity sector. It also affects how businesses are taxed and generally start-ups have a lower tax. Improved credit access provides the opportunity for more businesses to be formed and for more investments to be made toward them.

Another way the U.S. benefits from foreign aid to Jamaica is through similar political interests. The government of Jamaica is already a prime example of democracy, having elections every five years. Continuing aid and investment in the country will only help improve it. Jamaica is a democratic ally to the U.S., which not only benefits both countries politically but also economically. As aid continues to grow and both countries benefit from one another, this will serve to further an alliance between them.

There are many ways in which the U.S. benefits from foreign aid to Jamaica, which is an incredibly beneficial country to invest in. Not only has government reform made it easy to fund and aid the country but also provides many ways for businesses and their investors to flourish. Jamaica is a strong economic benefit and ally to the U.S., as well as a great representative of democracy. A partnership and alliance will continue to grow between the two countries with the continued support of the U.S.