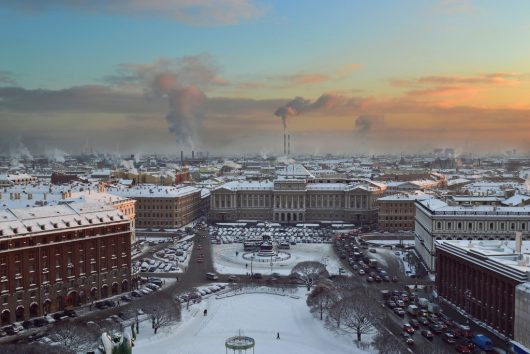 If Saint Petersburg were the same today as it was ten years ago, it would be known as one of the top five cities in the Russian Federation affected by the HIV virus. However, it is now the fourteenth most affected city. Treating HIV has been a top priority for the city, and as a result it has been able to get the epidemic under control. Saint Petersburg is the first city in the Russian Federation to achieve a steady decline in HIV infections, and fewer people are becoming infected with the virus throughout the city.

Last year, about 1,750 people were newly diagnosed with HIV in Saint Petersburg alone, a number that was even higher in the years before. In total, 42,000 people in the city were living with HIV. The city was able to get 80 percent of the people affected access to services at the Center for AIDS Prevention and Control.

The Center for AIDS Prevention and Control provides antiretroviral therapy (medicine that directly treats HIV), useful information and specialized medical care as well as prevention medicines for both pre-exposure and post-exposure.

Affected citizens in Saint Petersburg can also visit the city AIDS center, where they are able to get new syringes, sterile equipment and other preventative tools such as condoms. Saint Petersburg has also partnered with community organizations that have contributed to treating HIV by testing women for HIV, giving out free condoms and talking to consultants. Unfortunately, Saint Petersburg is one of the only cities in the Russian Federation that provides affected citizens with such a wide range of prevention and treatment.

An important factor in reducing the number of people affected by HIV was the availability of quick HIV testing. That way, someone who is affected can know immediately to begin taking antiretroviral therapy to both treat the disease and prevent any new infections.

The government has been supporting an outdoor advertising campaign teaching residents about HIV prevention services and public service announcements. The advertising has three main messages regarding HIV: the importance of testing, the availability of treatment and the elimination of stigma and discrimination against people with HIV.

Saint Petersburg is a good example of a city that was greatly affected by the HIV epidemic, but through a variety of preventative and treatment measures was able to take control of the epidemic and achieve a drastic shift in the number of people diagnosed.