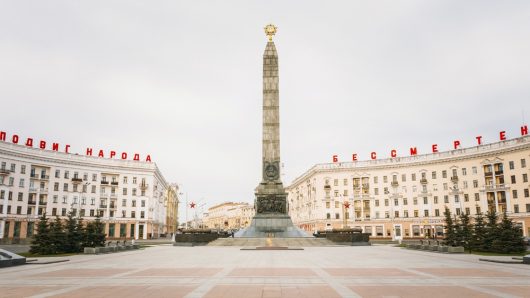 Belarus, formerly a part of the Soviet Union, has dealt with external and internal oppression for decades. Alexander Lukashenko has been the president for 23 years and has held a tight grip on the country. Widely regarded as Europe’s last dictatorship, the government maintains power through intimidating those who would oppose them. Lukashenko controls a police force that is still referred to as the KGB, and political freedoms are stifled. Human rights in Belarus are often oppressed by the totalitarian government.

Activists working for human rights in Belarus are often arrested on baseless charges, and journalists endure oppressive sanctions and harassment. It is illegal to join an organization that is not formally registered with the government, and it is very difficult for groups not associated with the government to receive permission to register.

Last year, the European Union removed the sanctions meant to improve human rights in Belarus because Lukashenko released several prisoners who had been held unjustly. In October, Belarus created a plan to reduce human rights violations, but many critics say it is not specific enough to adequately improve the situation.

In March 2017, the police arrested almost 1,000 people who were peacefully protesting a law that taxes every citizen not working full-time. The suppression of this protest stands out as the worst human rights violation since the unjust election in 2010.

Belarus has also reinstated the death penalty and has executed several people without permission from the U.N. Human Rights Council. The next time the council meets, the country will endure a thorough evaluation and the U.N. will likely decide to take action to intervene on behalf of human rights in Belarus.

The EU has stated that it will not continue to support Belarus if the country continues to violate human rights. This move is meant to force Belarus to improve conditions, as its economy is largely dependent on imports from other countries.

Belarus does not meet the standards of human rights required for European countries by the U.N., but the events of the past couple years have shone a spotlight on the government’s misdemeanors. This spotlight has renewed the EU and U.N. focus on improving human rights in Belarus, and their work should improve conditions in the next decade.