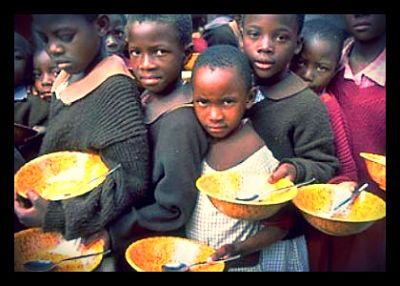 Engendered in 1998 by Ray Buchanan and colleagues, Stop Hunger Now (SHN) is regarded as a successful international hunger relief organization, having received a four-star rating by Charity Navigators for its excellent management of resources. The organization is primarily sponsored primarily by corporate and individual donations.

With the establishment’s headquarters located in Raleigh, North Carolina at the intersection of the intellectual and innovative Research Triangle Park (RTP,) the organization has established itself as a powerful combatant against global hunger.

By distributing much-needed resources such as food, medicine, and other supplies to impoverished countries, SHN aims to reduce the extent of suffering and plight in the world. Over the past 15 years, SHN has generated more than $100 million in aid to 65 countries in need.

In addition to raising monetary funds for hunger relief, ever since 2005, the organization has also taken part in the ubiquitous creation and distribution of meal packages. These inexpensive packages, costing a mere 25 cents apiece, are rich in necessary nutrients such as soy, vegetables, and 21 crucial minerals and vitamins.

The assemblage of these vital packages are often constructed by volunteers and undertaken as a community-wide endeavor often taking place at local institutions such as Raleigh’s North Carolina State University. Additionally, completed meal packages serve a dual purpose as they provide much-needed relief to impoverished communities yet, in their completion, simultaneously educate volunteers about international hunger.

Furthermore, since the establishment’s adoption of the meal-packaging program, SHN has packaged and provided 127,964,644 meal packages. Approximately 70 percent of these meals are allocated for transformational development programs such as schools, orphanages and clinics, aiming to eradicate hunger at its source by promoting education and autonomy.

Not only do these meal packages provide subsistence for impoverished communities, they also deter activity that often ensnares youth in the cycle of poverty. According to a student at the Lakay School in Haiti, “For many children like me, the food we eat at Lakay is the only plate of food that we eat all day. With this food we are able to make sure that we won’t have to do bad things in the street in order to survive.”

Having raised $100 million in relief efforts and providing over 127 million meal packages to disadvantaged communities, within its mere 15 years of operation, through fundraisers and its unique meal-packaging program, SHN has upheld its vow to help reduce world hunger one meal at a time.