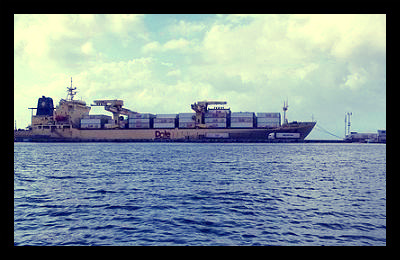 Few law students find themselves on the front lines of civil suits with Fortune 500 companies; fewer still emerge victorious. Eric Harrison did just that — even while starting a successful nonprofit that restores clean water to communities pushed aside by corporate concerns.

In 2011, while studying at the University of Washington Law School, Harrison became aware of Dole Food Company’s suspicious practice of water sourcing in Guatemala. The banana empire irrigated a plantation by diverting river water from its natural course, which left thousands without clean drinking water. Harrison took Dole to court — shouldering the bulk of the caseload himself — and successfully circumvented Dole’s motion to dismiss, an accomplishment that led to a settlement in 2012.

Dole agreed to cooperate with Harrison’s WASH (Water and Sanitation Health, Inc.) to establish a water distribution system that provides 4,500 Guatemalans in six communities with potable water. The unexpected partnership between plaintiff and defendant has established a community health plan that ensures families receive water filters and locally produced purifiers every 18 months.

The success of the Dole case established WASH as a legitimate player in the fight for sustainable solutions to the world water crisis. This 501(c)(3) organization focuses not only on providing water and sanitation systems to lacking areas, but also emphasizes education regarding hygiene and disease.

The World Health Organization recently estimated that 36% of the world’s population lacks access to improved sanitation facilities while 768 million people do not have access to safe drinking water. Ramifications of these conditions extend beyond the threat of disease to economics and equal rights.

Harrison explains that because Guatemala and other countries lack an authority such as the EPA, “companies can kind of skirt around [regulations]” and evade sanctions for threatening water quality.

Nonetheless, even corporate giants can have a change of heart.

Well-executed legal action seems to effectively remind corporations of their duty to the environment and local populations. Dole’s partnership with WASH, for example, has affected a 180-degree transformation in regional water quality and serves as a reminder that effective cooperation between big business and environmental organization is possible.

Unfortunately, another big name in the banana industry has emerged in connection with alleged contamination of rivers and drinking water in Guatemala’s Ocós municipality. Chiquita Brands International may be polluting water sources affecting six communities and 7,200 people with carcinogenic pesticides, chemicals and organic matter.

It should come as no surprise that Harrison is not standing idly by. In a complaint filed December 4, he — acting as WASH President — alleges that Chiquita misrepresents its self-proclaimed ethical agricultural and labor practices in marketing materials.

The giant is accused of committing “a series of human rights and environmental atrocities” that will be extremely costly, both financially and in terms of public relations, should the suit proceed.

Chiquita has issued a response statement asserting that all of the brand’s farms are environmentally conscious and comply with high labor and social standards. The statement then takes on a cooperative tone, noting the company’s willingness to engage Harrison in a “constructive dialogue that supports local communities and improves the lives of  employees.”

Perhaps the Washingtonian is on his way to another improbable victory for Guatemalans lacking clean water.