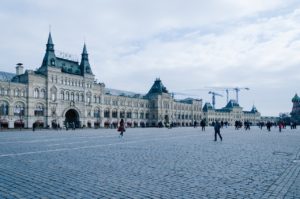 The course of formal learning in society takes a mold that has been carefully crafted over the course of history. Similar to business, hierarchal structures remain in place to provide a linear path for young and ambitious students to rise through the levels of education in order to become better contributors to society. This logic path applies to all developed nations of the world, but for the developing nation of Russia, a massive suboptimal state within higher education continues to disenfranchise the student population from the institutions themselves.

State of Higher Education in Russia

The suboptimal state of higher education in Russia presents itself in the faulty relationship between faculty-led lecture and curriculum learning and student capability. Currently, the system of education in Russia mimics that of United States by level and progression. Russia has three primary levels of education available to its 143 million citizens: primary school, secondary school, college and tertiary school that is often referred to as university or post-secondary education.

Unlike the United States where higher education finds its roots in Jeffersonian ideals of limited government and freedom of expression, states and religious communities, all higher education in Russia is either commercial or state-owned and operated. Commercially owned universities take on the same form as privately owned universities in the United States where a board of controllers share a stake in the institution and design its curriculum and policies.

Higher Education and Poverty in Russia

According to World Education News and Reviews, around 54 percent of Russians aged from 25 to 64 held tertiary degrees as of 2015. Representing more than 50 percent of Russia’s demographic of educable citizens, the country is ranked as one of the most educated nations in the world. Where then does the suboptimal state of higher education in Russia fit into the equation of global poverty?

The answer is complex. Because government-owned universities offer free tuition and significant subsidies on student housing and extraneous costs, the state proctors an array of difficult entrance exams that determine a candidates eligibility into Russian university. For those who do not pass the exam or have little care for the system of higher education altogether, a pivot toward traditional blue-collar trades such as electricians, plumbers and contractors is not unfamiliar. However, the pursuit of blue-collar work does not afford Russians the same pay scale and livelihood as it does for U.S. laborers. Herein lies the trickle-down effects of higher education restraints into the poverty of the Russian’s middle-class.

Present and Future of Higher Education in Russia

In 2019, higher education in Russia is beginning to respond to the needs of the labor market and mimic the same dynamic of labor – education as in the United States. Around 20 years prior, laborers with a Bachelor of Science or Arts degree were very competitive and employable in the labor force. Currently, bachelor degrees are being less valued by Americans and now college graduates pursue a masters degree in addition to a four-year degree so to better secure their chances of higher job security and pay.

Notwithstanding this change, the trend of Americans who believes a four year-year degree will lead to a good job and higher lifetime earnings represents only 49 percent of the population, down 13 percentage points when the same question was asked four years earlier.

There are a few possible solutions to the link between middle-class poverty in Russia and the shambolic higher education offered. Requiring professors in Russia to visit select cities where intense training and education is offered in preparation for professorship may cure the qualifications issue.

Additionally, commercial universities ought to take measures of their own to increase competitiveness and admission rates to receive the pressure off of state-run institutions. Russia is presently molding its education philosophy around Western ideals that hinge on government deregulation, freedom of choice and competition. Implementing additional measures and programs that fall in line with that philosophical shift is not beyond Russia’s capability. The survival of Russia’s educated middle class depends on it.