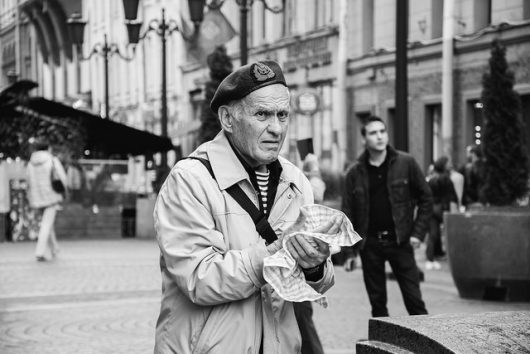 Despite its position as both the largest country in the world in terms of landmass and a superpower within the global community both economically and militarily, since the 1991 demise of the Soviet Union, and even prior to that, drastic increases of common diseases in Russia have continued to occur. The causes for this are numerous and diverse, and the types of diseases being identified are often extremely contagious.

Common Diseases
There is no disputing that Russia, comparatively, is a very sick country, and the most common diseases in Russia are generally speaking, either preventable or curable. According to data from a 2014 World Health Organization report, the number of deaths in Russia caused by illnesses exceeded that of the U.S. by 54 percent.

Causes and Analysis
Though the country has a socialized health care system that provides medical care to the majority of the population free of cost, it is highly underfunded, which has led to what is considered low-quality medical care by many developed nations and western societies. When attempting to understand the reasons behind the increase of common diseases in Russia, it is important to understand how changes in Russian politics slowly created a public health crisis. These changes took place before the 1991 collapse of the Soviet Union and only became increasingly worse following this event.

In the first four years following the fall of the Soviet Union, infant and maternal mortality rates increased substantially, life expectancy and fertility rates notably decreased and contagious diseases became widespread. According to a 1996 report published by the National Library of Congress, common diseases in Russia can be described as the result of the combination of environmental destruction through means including water and air pollution that were caused by the contamination of water and food products, specifically by mishaps involving nuclear development and improperly disposing radioactive material.

Among other things, the population is overcrowded, particularly in urban areas, which often produces substandard living conditions. There is generally widespread malnutrition due to an extremely disproportionate distribution of wealth in the Russian economy and high rates of alcoholism and tobacco usage. To make matters worse, there is a considerable lack of access to modern medical equipment and resources.

Long-Term Impacts
Although its effects may not be visible to the global community yet, public health in Russia is arguably one of the biggest threats to the country’s  future survival as a population. The threat is creating a concern among many that, if the current trajectory is maintained, there will inevitably be noticeable population decreases, as such decreases have already begun.

Between 1993 and 2015, the Russian population saw a decrease from 149 million to 144 million; unfortunately considering the current health crisis, experts have estimated that, if trends continue, the population could be as low as 107 million by 2050.

The Poverty Rate in the United KingdomWhy is Jamaica Poor?
Scroll to top