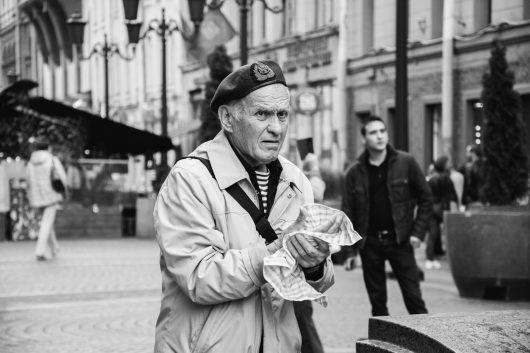 Russia continues to build deteriorating relations with the West. On top of that, the economic turmoil following sanctions imposed on Moscow after it meddled in Ukraine’s business has had a serious impact on hunger in Russia and the country’s likelihood of going hungry in general.

Food is just one of the everyday necessities being used by Russia’s government in the international struggle for peace in the Crimea region of Russia and Ukraine. Russia has banned imports of most food from countries party to the European Union’s (EU) economic sanctions against Russia.

The EU’s economic sanctions against Russia are meant to pressure the Russian government to end its violent campaign against Ukrainian nationalists. The sanctions mainly ban activity that profits banks and some blacklisted individuals.

More Russians have been slipping into poverty and hunger since the Western sanctions have been put into place. Along with that, low oil prices that have battered the country’s energy-dependent economy and significantly diminished purchasing power have taken a toll.

However, 2016 poverty indicators are still much lower than those from the start of President Vladimir Putin’s first term in 2000. During that time, 29 percent of the Russian population found itself below the poverty threshold.

Despite the decrease in poverty indicators, a food shortage has begun in Russia, according to The Moscow Times. Hunger in Russia is a very real possibility. This is due mainly to more than a year of extended sanctions against imported food.

Some food producers have increased productions notably over the last 17 months. This includes the meat and dairy producers as well as beef and potato producers. Unfortunately, it has not been enough to make up for the loss of food imports banned due to these government sanctions.

The silver lining in this whole situation is that Russia is known for its self-reliance when it comes to food struggles. Recently, a study done by Natural Homes revealed that 51 percent of Russia’s food is grown by communities in both rural areas and by peasant farmers.

A great example of Russian resilience is a small business owner, Alexander Krupetskov. Alexander started an artisan cheese shop just a month before the embargo was established last year. His business has flourished since that and he has also opened a second shop.

Although times are tough in Russia, these glimmers of hope and forward movement are great signs for the country’s future. It would seem that even in the toughest of circumstances, Russia’s people know how to pull themselves from the depths and create something beautiful and everlasting.