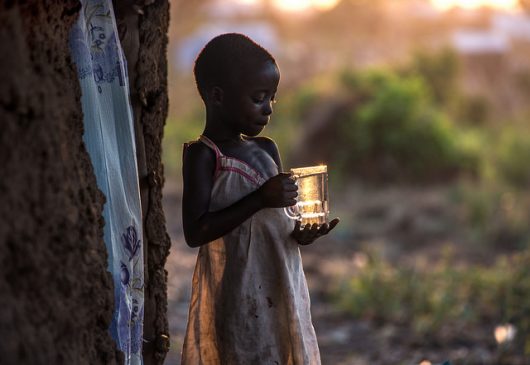 On September 25, 2015, United Nations member countries adopted a set of goals “to end poverty, protect the planet and ensure prosperity for all.” The number one goal to be achieved by 2030 is to eradicate extreme poverty.

Fighting global poverty is a huge battle, and many countries don’t keep data on the frequency and distribution of poverty, which makes it hard to track.

The lack of clear, representative data is what drove students and professors at Stanford University to create the Sustainability and Artificial Intelligence Lab. The lab focuses on many different projects that use artificial intelligence to fight poverty.

Neal Jean, Marshall Burke, Michael Xie, W. Matthew Davis, David B. Lobell and Stefano Ermon started the Predicting Poverty project 18 months ago. The project combines the forces of satellite imagery and machine-learning algorithms to detect places in the world that put off more light at night than others. The Borgen Project had the opportunity to speak with Burke about the work the team is doing.

The logic is that the brighter the lights in an area, the more developed that country is likely to be. Over time, the tracking of “night lights” can give information about where and how extreme poverty is. Using artificial intelligence to fight poverty can also recognize where there are roads, urban areas, waterways, and farmland.

“We are still in the stage of making sure the satellite-based approach works,” Burke said. “We have had great results in five African countries, but still need to know how it works in other countries and whether it can make decent predictions of changes in poverty over time.”

The group has tracked poverty in Uganda, Tanzania, Nigeria, Malawi and Rwanda. The methods used in these countries are inexpensive. By mapping where poverty is most significant, aid organizations can properly distribute help and materials.

Once they have figured out whether the technology can predict changes in poverty, the team hopes to track all of Africa and monitor many other Sustainable Development Goals using technology.

“I think AI could provide some large benefits in regions of the world where we currently have little on-the-ground data about economic well-being — which includes a lot of the developing world,” Burke said. “AI-based approaches can help us measure livelihoods on the ground in these places, and also help us understand which sorts of anti-poverty programs are particularly successful in reducing poverty. “