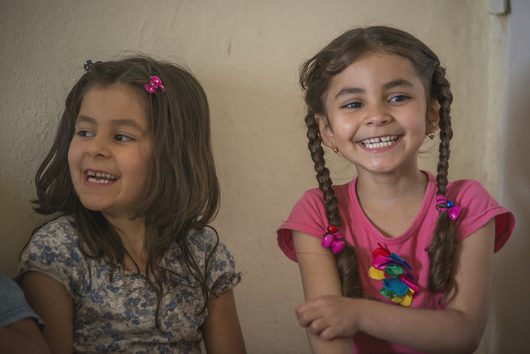 Many factors influence health, and one of the most overlooked is the environment. After living through a civil war for six years, Syrians have experienced a tremendous amount of violence. With this violence comes an increase in poverty and disease. For these reasons, common diseases in Syria are on the rise.

Not only do Syrians suffer from the stress that comes with living in a war-stricken country, but they also experience the scarcity of potable water, food and health care. The combination of this lack of resources and the grief the war’s victims deal with on a daily basis further complicates their health.

Common diseases in Syria that are non-communicable include anemia, diabetes and hypertension. One study found that 48.4% of children under the age of five living in the Zaatari Syrian refugee camp suffered from anemia, as did 44.8% of women aged 15 to 49.

The key to treating these common diseases in Syria is maintaining a healthy diet and taking preventative medications. However, both of these strategies are difficult to come by for Syrians. Doctors and hospitals are often targets and victims of violence. With the destruction of hospitals, Syrians have far fewer places they can go to take care of their health.

Although some medical clinics remain functional, problems remain. Many lack supplies to accommodate the millions of people that need their help. About 60% of Syrians needing insulin to treat their diabetes are in danger due to a shortfall of the hormone.

It is difficult for Syrians to overcome their health issues due to everything that is happening in their country. That being said, others are taking the initiative to help. The World Health Organization has submitted requests to the Syrian government to provide desperately needed medical supplies.

Syrians are in a critical situation now, especially with their health at risk. However, with the proper resources and aid, life will improve for Syrians.