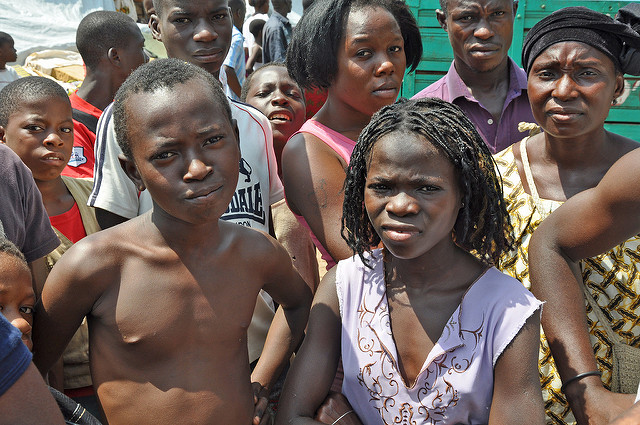 Sleep deprivation and global poverty are indisputably connected. Science has long acknowledged the relationship between adequate sleep and overall health. Lack of sleep leads to weight gain, a higher incidence of Type II diabetes and heart issues, to name just a few complications caused by poor sleep. Insufficient sleep also impairs cognitive abilities. All of these factors are hindrances to reaching one’s earning potential, contributing to the cycle of poverty.

Sleep Deprivation in Asia and Africa

Until relatively recently, there has been little available data to address the relationship between sleep deprivation and global poverty. Many studies of the public health of developing countries were focused on disease and malnutrition, widely considered more pressing health issues. However, a 2012 article detailed a study conducted in Asia and Africa that examined the sleep patterns of more than 40,000 participants.

The participants were a mix of men and women aged 50 or older from low-income settings in Kenya, Ghana, Tanzania, Vietnam, India, Bangladesh, South Africa and Indonesia. Among the conclusions were correlations between sleep problems and depression, anxiety, physical disability, lower education and “poorer self-rated quality of life.”

India is one of the most sleep-deprived nations in the world, with a nightly average of 6 hours and 55 minutes. An article in India Today cited a study done by the brand Fitbit, famous for the wearable devices used to track heart rates, sleep patterns and calorie burning. The results illustrated that young people are not immune to the effects of inadequate sleep. The study found that teens who slept poorly scored lower in cognitive abilities than their well-rested counterparts. Type II diabetes, cardiovascular issues and hypertension are all on the rise in India, and all can be traced back to poor sleep.

For people on the lower end of the socioeconomic continuum in India, it is simply harder to get a good night’s sleep. Many of India’s poorest people live in a single room with multiple occupants, with few noise barriers to drown out incessant honking and other loud street noises. It is often extremely hot, and in many cases, individuals are sleeping on a hard floor without a pillow. Mosquitoes also tend to be a problem due to the humid climate.

Necessities of Sleep and How to Improve it

As the correlation between sleep deprivation and global poverty has begun to receive closer examination, academics are now asking more pointed questions about the impact of poor sleep on one’s decision-making abilities and how that can perpetuate a poverty cycle. University of Pennsylvania economist Heather Schofield, who conducted a sleep-related study in South India, posits that extreme fatigue can cause a complete abdication of decision-making. This can manifest itself as someone who is living at or below the poverty line being too exhausted to even think about how to improve their station in life, let alone actually take the steps to make a significant change. Sleep deprivation can also affect one’s ability or willpower to delay gratification. For example, the purchase of items like alcohol or tobacco may offer short-term relief or pleasure but are ultimately detrimental to a person’s physical and financial health.

Sleep is as essential to survival and optimal health as food and water. As such, the link between sleep deprivation and global poverty cannot be ignored. A worker who completes a 14-hour shift to sleep on a mat in a crowded room is not going to be as productive as someone who can collapse onto a comfortable bed in a cool, quiet room.

One of the governing principles of providing foreign aid is to set the stage for a developing nation to succeed on its own. Schofield found simple ways of measuring the effects of improved sleep on her test subjects, providing earplugs, blankets and sleep masks, as well as offering nap times, in some cases. These low-tech solutions made a substantial difference, demonstrating that increased awareness may be what is most needed to tackle the problem of sleep deprivation and global poverty.