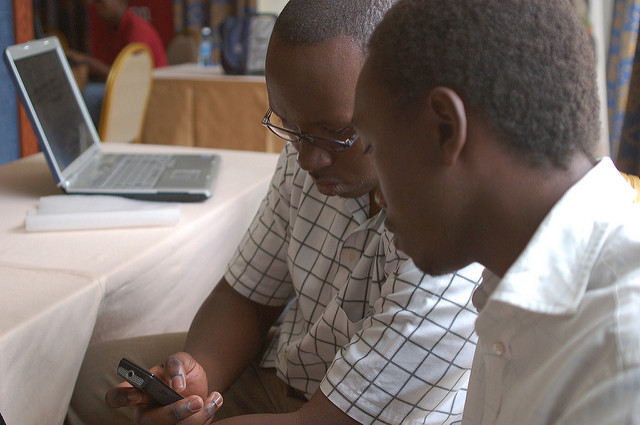 When the Ebola epidemic hit Sierra Leone in 2014, the outbreak began slowly but gradually built into a burst of cases, then increased exponentially from there. With little knowledge on how to contain the disease and even less on how to cure it, the country declared a state of emergency and proceeded to shut down schools, cinemas and other common gathering places in a bid to contain the disease.

Global Response to the Ebola Epidemic

In response to the outbreak, UNICEF launched the Rapidpro free source platform, which provided SMS messaging in Sierra Leone that had no need for internet, a sophisticated phone or even phone credit. Users only needed a basic handset with a network connection. This system — launched globally in September of 2014 — has been lauded for its ease of use particularly on pre-existing equipment and phone networks, even in remote places.

Rapidpro is cloud-based, multi-language and multi-channel so it can be accessed through SMS, voice or Twitter. SMS messaging in Sierra Leone was first used by the UNICEF team behind the Ebola Community Care Centres (CCCs), which set up 46 centers in five districts with 404 beds in less than two months. They needed SMS to communicate information on triage numbers, admissions and results on a daily and monthly basis so that experts would be able to stay updated on the latest caseload trends.

SMS Messaging Helped Get Information to the Public

On November 7, 2015, the World Health Organization made an initial declaration that the Ebola outbreak in Sierra Leone was over, with the official announcement coming the following Spring. Over the course of the year and a half that the disease rampaged through the country, 8,704 people were infected and 3,589 died. Of those who died, 221 were health care workers.

As the country recovered from the epidemic, this system also allowed workers to monitor Observational Interim Care Centres (OICCs), report from district protection desks as well as follow up on family reunification efforts. Using a network of 788 monitors across the country, officials used SMS messaging in real-time to facilitate social mobilization.

SMS played a role in sharing information about school reopenings, plans for nutrition supply monitoring and reporting on HIV treatment. Thanks to this initiative, officials reached 1.2 million subscribers, containing the spread of Ebola in Sierra Leone thanks to text messages.

SMS Messaging in the Aftermath

Today, the Ministry of Health and Sanitation uses SMS Messaging in Sierra Leone to monitor aid supplies received from the EU, DFID, USAID and UNICEF. SMS helps ensure that these life-saving supplies reach those in need at some 1,200 health facilities by simply sending a text message as soon as the products have arrived. Every facility is required to report the drugs and supplies within 24 hours of receiving them, saving everyone time. The previous, paper-based system, took many days to check and had a slow response time. SMS messaging increases trust for donors, governments and communities because they know that the supplies are reaching the people who direly need them.

Workers like Alfred Pujeh, an administrator at one of Sierra Leone’s OICCs use the system to answer questions immediately from the Ministry of Social Welfare and Gender and Children’s Welfare Agency in Freetown about the children in their care. SMS messaging makes his job easier and more efficient so he is able to focus more on the children who need him, instead of being weighed down by paperwork that could get lost en route to his supervisors.