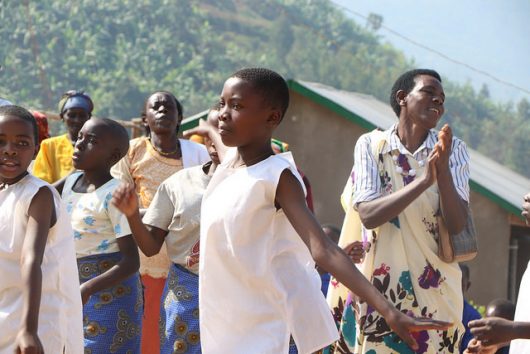 On October 14, 2016, an 18-second video of what looks to be a model airplane buzzes overhead against a sky slowly turning to dusk. A small red box ejects out of the back and begins a descent by paper parachute before landing at the front steps of a building in Rwanda’s Muhanga District. California-based company Zipline had just made its first delivery of blood by drone to improve health in Rwanda.

That day marked the beginning of Rwanda’s national drone delivery program which, over the next three years, is anticipated to save thousands of lives and drastically improve health in Rwanda.

The endeavor is a partnership between Zipline, the Rwandan government, the United Parcel Service (UPS) and Gavi, The Vaccine Alliance. The ultimate goal is to improve the quality of health in Rwanda by delivering important medical supplies to remote locations quickly. This partnership currently maintains a fleet of 15 drones, referred to as “Zips,” that are all designed, manufactured, operated and launched by the company itself. Zips have the capability to fly round trips of up to 150 km while carrying 1.5 kg of blood — despite windy and rainy weather conditions. Orders are placed by text messages. They are then received by the distribution center and sent out to be delivered via Zips launched from slingshot-style catapults. When the delivery is complete, the Zips simply return to their original locations without having to land at the drop site.

Chief Executive Officer Keller Rinaudo touts the company as a solution to the last-mile problem, which is when supplies are unable to be delivered from the city to more remote and rural locations. The reasons for the last-mile problem vary, but they usually involve a lack of adequate transportation for the rural poor. In addition, washed-out roads or difficult terrain like hills and valleys make it difficult to construct reliable roadways. Improving health in Rwanda has been slow due to these factors. In the medical field, the failure to connect a supplier to the end-users can be fatal.

In a November 2016 interview with Code Mobile, Rinaudo said, “When you need blood, you really need it. Your life is on the line and minutes are the difference between life and death. The challenge with blood is that it expires quickly. You have all different types, you don’t know what you’re going to need before you actually have a patient dying. What was happening was that…they have a patient that is dying, the doctor gets into a car, drives to a blood bank and drives four hours back. Obviously at that point usually the patient is either stable or dead.”

Approximately half of the blood that is currently delivered by road ends up being used for transfusions to women giving birth. When blood can be delivered quickly, doctors have access to more life-saving options for their emergency patients. In one case, a Zip only took five minutes to deliver a package of blood over a span of 33 miles.

For the beginning of the 2017 year, the plan is to expand Zipline into the Eastern half of Rwanda. This will keep their staff of skilled engineers, who have previously worked at organizations like Space X, NASA, Lockheed Martin and Google, incredibly busy. Justin Hamilton, the official spokesman for the company, described the future ambitions of the company: “There is a palpable sense of the promise this technology holds to save lives in the communities we serve. We look forward to expanding our efforts to serve the eastern half of Rwanda this year before expanding across Africa and the world.”

For Zipline, health in Rwanda is something that can be addressed with a talented staff and just a few catapults.