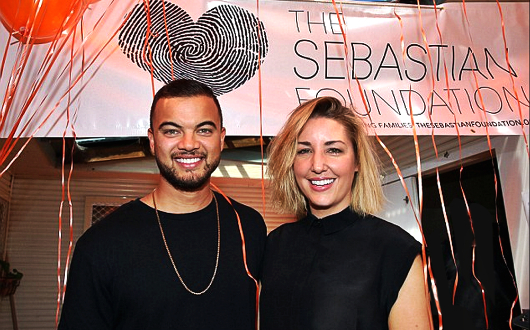 Australia is considered a developed nation with rather good development indicators: children in school, high life expectancy, higher than average gross national income and the ability to be an agent of change. Yet, like most countries, there are still people living in poverty or at a disadvantage.

Guy Sebastian and his wife Jules have started a foundation to directly combat poverty in their native Australia as well as branch out and help others living in poverty abroad.

In the United States, Guy Sebastian is best known for the song “Battle Scars,” released in 2012 with Lupe Fiasco, but his musical career began when he won the first Australian Idol title in 2003. His wife Jules is a celebrity stylist and a copartner in The Sebastian Foundation.

Sebastian’s humanitarian work started very early in his musical career when he took a tour of Africa, specifically Uganda, as an ambassador for World Vision. During his time there, he saw the debilitating effects that poverty can have on a person, and he has worked for awareness surrounding poverty from that time on.

When the Sebastian’s family started to grow, they became even more involved with helping children and families in Australia and the world. Through this desire, The Sebastian Foundation was formed.

The Sebastian Foundation states, “Our focus is people. Our love is people. We want to see the need and meet the need. We want to help in any way we can and we hope you join us in our mission.” With this thought in mind, they form collaborations with like-minded organizations to work with as partners.

Recently, much of their work has centered on local initiatives such as Big Brothers and Big Sisters, dance programs for youth with Downs Syndrome and children’s hospitals. They have also partnered with Sam Moran, the Yellow Wiggle as of 2006 and a UNICEF Goodwill ambassador; Sam works to help “Australian children who are sick, disadvantaged or have special needs.”

The foundation has global poverty in mind as well. Especially because of Sebastian’s time as a World Vision ambassador, The Sebastian Foundation focuses on families in regards of “poverty, poor health and disease, empowering women, educating children and giving them a chance at a better future [and] community.”

One way to be involved with this great foundation is to donate and, in return, one can receive a gift heart bracelet with the word “joy” on it. Or they have a shop where one can purchase a beautiful print of a photo taken by Sebastian, and all proceeds are a donation for the foundation.

Overall, the Sebastian family has used their celebrity status in Australia to help those who need it most in their home country. But through their global work, and Sebastian’s breakthrough on the U.S. music market, their reach can spread even farther than before, helping so many people in need around the world.