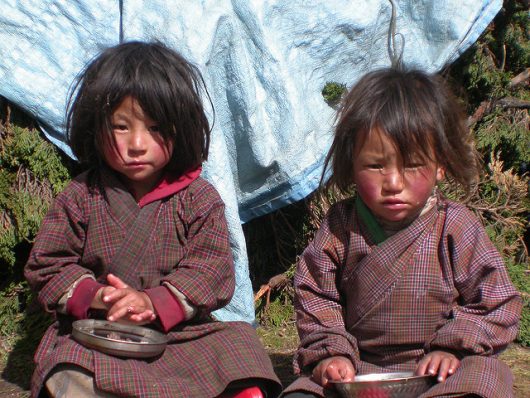 Bhutan has made tremendous strides over the last few decades toward ensuring all people have access to clean and safe drinking water. In 1990, only 72 percent of the population of Bhutan had access to an improved water source and only 67 percent in rural areas. Just over 20 years later, The World Health Organization (WHO), in its 2012 Global Analysis and Assessment of Sanitation and Drinking Water (GLAAS) for Bhutan, reported that now 98 percent of the population of Bhutan has access to an improved source of drinking water.

Despite these tremendous improvements, 13 percent of childhood deaths in Bhutan are attributed to diarrhea. The Center for Disease Control and Prevention (CDC) estimates 88 percent of diarrhea cases are caused by unclean water or improper sanitation facilities. Likewise, an estimated 30 percent of all health problems reported in rural areas of Bhutan stem at least partially from unsafe drinking water or improper sanitation methods.

RSAHP was initially brought to three of Bhutan’s most rural districts. By 2017, all three had improved sanitation coverage by more than 95 percent. Since its inception, the program has now spread to more than 800 rural communities. RSAHP strives to empower these communities by educating people about the importance of proper hygiene and sanitation and helping communities mobilize existing resources and manpower to construct new, effective sanitation facilities.

Access to clean water prevents numerous diseases, including cholera, typhoid, diarrhea, dysentery and dracunculiasis. It is also associated with rates of school attendance for girls and rates of women in the workforce. Without easy access to clean water, many girls and women are forced to spend their time accessing and transporting water and, as such, stop attending school or are unable to work. The progress Bhutan has made toward ensuring access to clean water and modern sanitation facilities will help ensure a better future for all.