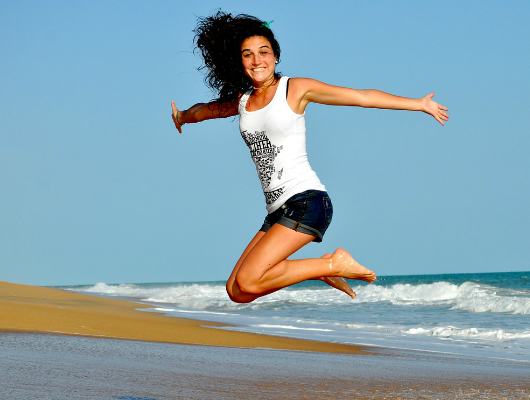 Right now, there are more than 800 million women and girls around the world who are menstruating. Many of them, thanks to modern day convinces such as easily accessible feminine products, are able to go about their day as they normally would.

However, girls and women living in poverty do not have this luxury. Thousands of them do not have access to a clean toilet with running water. Most of them are not able to afford menstrual hygiene supplies and some might not even know what is happening to them.

A study in India found that almost 70 percent of girls had never been educated on menstruation and were unaware of what was happening to their body the first time they menstruated.

Seeing as about half of the world’s population menstruates at some point in their life and the inability to effectively manage it has rippling effects, ensuring that girls and women have the proper tools and knowledge to manage their monthly cycle is imperative to allow them to prosper every day of every year.

In many developing countries, primary and secondary school dropout rates are higher for girls when compared to boys. Girls make up over 54 percent of the uneducated population of the world.

In many countries, girls are not culturally or legally allowed to attend school or they are needed to stay home and help generate an income for their families. However, at least a portion of this percentage have dropped out of school due to more subtle, but more easily addressable, reasons.

Girls in developing countries not only have to face intense discrimination in their pursuit of an education but also the fact that, in many poor countries, feminine hygiene products are unavailable or too expensive.

So, girls are left to make due with alternatives such as unsterilized cloths, newspaper, bark, banana leaves and even dung. Most of these alternatives are not only unhygienic and can lead to serious health issues, but are also ineffective.

This leads to many girls staying home from school while they are menstruating, thus causing them to miss nearly an entire month of school every year.

Most sanitary pads that are used during menstruation are made from pine-fiber, which is an expensive material to make and is generally imported from Norway or North America.

An organization in Kenya, ZanaAfrica, which is supported by Grand Challenges Canada and the Bill & Melinda Gates Foundation, has been working to patent a new, inexpensive pad that is made using free agricultural byproducts. It is their hope that these new sanitary pads improve health for girls.

Megan Mukuria and Dr. Lawino Kagumba from the organization are the primary leaders of this effort and they have been experimenting with different formulas and designs on how to manufacture an effective, yet inexpensive sanitary pad for girls living in developing or poor nations.

They are hopeful that by addressing the need for cheaper, yet still effective, feminine hygiene products they can not only decrease health issues resulting from improper menstruation care, but also decrease school dropout rates for young girls.