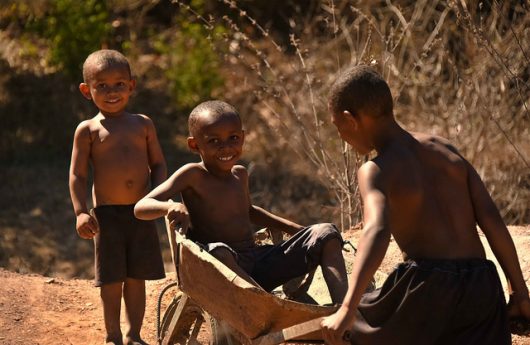 With an alarming 805 million people in the world impacted by hunger, organizations such as Rise Against Hunger are striving to do their part in alleviating malnourished and hungry nations. Because poverty is largely caused by conflict and lack of resources, it is said to be the principal cause of hunger. Rise Against Hunger ignites the passion and drive to address this reality by doing its part in feeding millions and ending global hunger.

What Does Rise Against Hunger Do?

Established in 1998, Rise Against Hunger is an international hunger relief organization with aspirations to end hunger by 2030. Its daily task is to distribute food and aid to the world’s most vulnerable. The organization’s 2017 impact report shows that well over 1.4 million lives were impacted by this single organization in 36 different countries, sending out 76 million meals. A crucial factor in its success can be accredited to its four pillars toward ending world hunger:

An effective tool it uses for growing the movement is the volunteering events it hosts throughout different universities and other organizations. This allows people to come together as a community to take action with Rise Against Hunger by packaging meals for distribution to the world’s hungry.

The organization empowers communities by educating and advocating about topics such as sustainable agriculture and hosting clean water projects. Rise Against Hunger also nourishes lives by giving warm, sustainable meals to those who are in dire need by responding to disasters efficiently, therefore providing effective emergency relief with these prepackaged meals.

Who Does the Organization Help?

Tom Barbitta, the Rise Against Hunger Chief Marketing Director, emphasizes the importance of how education plays a vital role in global poverty and how this, as a result, affects the hunger scale of a nation. “A country has never been able to lift itself out of poverty without first hitting a 40 percent literacy rate,” he told The Borgen Project. “Because of this, around 40 percent of the meals distributed from Rise Against Hunger end up in school feeding programs.”

Children who are living in severe poverty have to spend their time begging for food, rather than receiving an education that will benefit them in the future. The organization keeps this in the forefront of its work and Baritta comments that “we hope to empower young minds to take control of their own community.”

A 12-year-old child from Zambia, Aswali, who once did not have adequate access to food, now receives meals each day from Rise Against Hunger distributed by Family Legacy Missions. He is also able to provide food for his family while attending school, decreasing the global poverty rate.

Meals from Rise Against Hunger are also distributed to vocational training facilities. In places such as West Africa, when the people in these facilities have access to meals, they are able to focus on their skills which will, in turn, give them an income that allows them to allocate more food for their families and live life on their own terms.

Rise Against Hunger is an organization that makes valuable efforts toward putting an end to the widespread global hunger. Its impact remains prevalent, with thousands of volunteers joining each year creating an effective tool for growing the movement. Rise Against Hunger understands the importance of every individual being able to make a viable difference toward diminishing poverty.

How the US Benefits from Foreign Aid to BurundiSaudi Arabia vs Egypt: The Race for Solar Power in the Middle East
Scroll to top