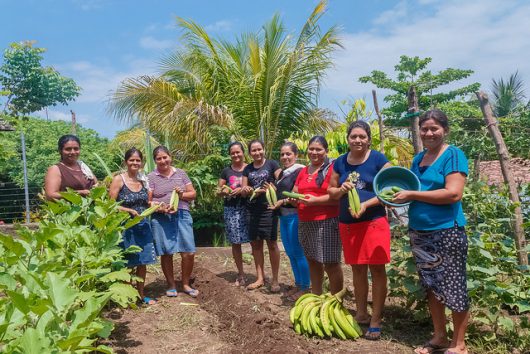 Latin American countries tend to be represented as third-world countries compared to more prosperous ones like the United States. El Salvador is not exempt from such narratives. One such way that the media misrepresents El Salvador is by only covering the negative aspects of the news and not the positive. Some of the negative portrayals include stories about drugs, murders and gang violence.

A Better Future for Salvadorans

While there is this negativity present, there is also a garment factory that is trying to help turn the life of its workers around. This garment factory hired people “who are normally left out of society, including ex-gang members,” according to PBS News Hour. The factory combines school and works to give El Salvador a brighter future.

The factory’s general manager, Rodrigo Bolanos, said, “I saw the American dream, where lower- and middle-class kids can work and study at night in community colleges. And for me, that is a good way to resolve and to give the American dream right here in El Salvador to all these poor people.”

Carlos Arguetta, a previous gang member, wore long sleeves to his interview to try to cover up his tattoos, as described in the report. Through an interpreter, Arguetta stated that if he “didn’t have a job like this one, [he] would probably still be part of the gang and be doing killings.”

Another way that the media misrepresents El Salvador is in the way that its citizens live. Descriptions of wooden shacks are abundant when describing living conditions. While that might be true, there are two companies that are trying to change the places that Salvadorans live in.

Recently, a Texas-based construction technology company by the name of ICON partnered with New Story, a company that builds homes in developing countries, in order to provide better living conditions for those stuck in the El Salvador slums. ICON and New Story plan to transport a 3D-printer in order to produce 3D-printed homes for people at a highly reduced building cost.

The companies hope to give people who live in the slums an opportunity to live in a safer housing environment. As reported by Arab News, the mixture that produces the homes contains “a mix of concrete, water and other materials [that] are pumped through the 3D-printer.” The mixture hardens as it is being printed. It only takes 48 hours for a house to be built from the ground up. This is a much better alternative to makeshift shacks that citizens currently live in.

The final persistent misrepresentation of El Salvador in the media is the violence, and while the violence does occur, the nation is often presented as inescapable. However, art is one way that Salvadorans are able to escape their realities.

Marco Paíz is an artist and organizer of a festival by the name of “Sombrilla Fest,” or umbrella fest. It is a festival that is part of a bigger celebration called the World Social Circus Day, which takes place annually on April 7. This day is organized to be an international day to spread joy and is celebrated by 20 nations worldwide.

The goal of the festival is to have people “take over these spaces and these activities so that they [can] come out of the darkness of the violence that surrounds the country,” said Marco Paíz to TeleSur. It can also be an opportunity to motivate Salvadorans to learn the artistic practices so that they are able to improve their own living situation.

Despite the ways in which the media misrepresents El Salvador, there are numerous positive developments happening across this Central American nation.

Rise Against Hunger: An Organization Striving to Create an Impact Top Poverty in Afghanistan Facts
Scroll to top