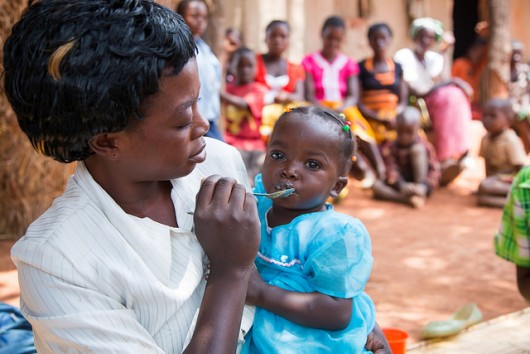 The Reach Every Mother and Child Act of 2015 would work to end the preventable deaths of mothers, newborns and young children in developing countries.

U.S. Senators Chris Coons, D-Del., and Susan Collins, R-Maine, introduced the Reach Act this summer as a solution for deaths related to pregnancy and childbirth.

“Over the past several years, we have made great strides in saving moms, babies, and kids in some of the poorest parts of the world, but it’s clear that more help – and more resources – are needed,” Sen. Coons said in a press release.

The Reach Act seeks to build on the progress made over the past few years in maternal-child health. According to Countdown to 2015’s report for this year, the global maternal mortality ratio has decreased by 45 percent over the past two decades, and the number of maternal deaths has dropped from about 523,000 a year to 289,000.

Maternal education and income growth have had a significant impact on the improvement of conditions for mothers and children in developing countries, the Institute for Health Metrics and Evaluation said, as well as technological innovations in medicine and other areas.

However, problems such as HIV, poor hospital conditions, and malnutrition still plague mothers and children in those countries. The Reach Act would help provide the means to solve these problems.

If enacted, the Act would:

The Reach Every Mother and Child Act of 2015 is currently being referred to the House Committee on Foreign Affairs.

Email your congressional leaders in support of the Reach Every Mother and Child Act and help save the lives of 600,000 women and 15 million children by 2020.