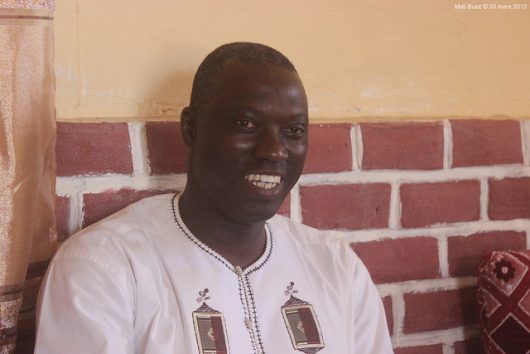 Mali Presidential Candidate Niankoro Yeah Samake is promoting self-reliance through his Empower Mali Foundation. Samake spoke at a forum on the Brigham Young University-Idaho campus on May 17, discussing how consistent small actions focused on others can bring about great change.

To begin the change for his home village of Ouelessebougou, Samake ran for mayor when he noticed that the government wasn’t utilizing the taxpayers’ money effectively and was becoming more corrupt. Samake won the election by 86 percent and his first order of business was to get the community to trust the government again.

Members of the community started to pay their taxes and Samake showed them exactly where the money was going, where it was coming from and how much they had, unlike previous government rule. Those in Ouelessebougou were able to build a hospital, high school, have running water, electricity and solar panels. Within two years, Samake was able to move Ouelessebougou from the bottom five of Mali’s 704 districts to the top ten.

“The citizens were able to see the power of integrity,” Samake said. “They could see what could be achieved when leaders and citizens work together in an honest and productive way.”

Samake said that Mali needs a leader that would put them first, and he is running in Mali’s next presidential election.

While he was a mayor, Samake created the Empower Mali Foundation to address the growing need in the areas of education, healthcare and access to basic necessities in the rural communities of Mali. The foundation’s goal is to have the issues of individual communities resolved by the community members themselves.

This foundation wants each community within Mali to become self-reliant. The communities initiate the demand for projects and also contribute through cost, land or labor. By being involved, community members are more likely to maintain their project and become self-sustainable.

At 31 percent, Mali has one of the lowest literacy rates in the world. Many Malian villages don’t have the adequate funding for schools or training for teachers. The foundation focuses on resources in school construction and repair, school supplies, adult literacy, job skills training and technology skills.

The average life expectancy for a citizen of Mali is 52 years. This can be due to many different diseases in the area, and the fact that there isn’t adequate training for doctors in more rural parts of Mali.

Less than one percent of Mali has access to electricity. The majority of Mali citizens rely on wood and charcoal burning fires to supply energy to their village. The Empower Mali Foundation focuses its resources on the installation of solar panels.

The second leading cause of death in low-income countries is diarrheal diseases. This is because of poor sanitation and no access to clean water. More than one-third of Mali does not have access to clean water. To address this, the Empower Mali Foundation is focusing its resources to install water tanks and water pumps, dig wells and cover current water sources.

Many people locate in rural Mali don’t have enough information on what local governments do for them. Along with little communication, the poor level of skills and capacities of the duty-holders restrict the full involvement of the people.

The Empower Mali Foundation wants to focus its resources on training local leaders for success by arranging governance summits between local leaders in Mali and other countries. The foundation also wants to implement local participation in order to teach youth to better understand and engage in the local governance process.

The Empower Mali Foundation has completed many projects such as the donation of school kits, hygiene and dental kits and the successful installation of the first electricity-generating playground in Ferekoroba.

The Empower Mali Foundation’s projects take steps to make communities in Mali more self-reliant and sustainable. It is continuing to pursue its goal to raise Mali out of poverty, one community at a time.