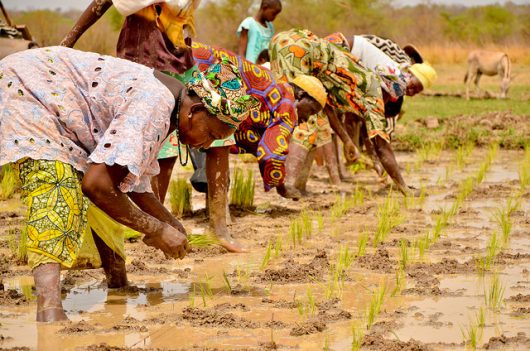 With the steady decline of freshwater, accessing sanitary drinking water is an escalating global catastrophe. In West Africa, the Gambia faces significant challenges in sanitation and water quality. Water quality in Gambia is being affected due to expanding urban populations near water sources and discarding waste into waterways.

According to the World Health Organization (WHO), the primary environmental issue in Gambia is waste management, specifically in urban neighborhoods. In highly populated areas, unsustainable waste and landfill management create environmental hazards that affect the quality of drinking water. The exponential growth of Gambia’s urbanized regions and insufficient resources to support the subsequent waste has intensified water pollution.

The water quality in Gambia has decreased from the insufficient waste collection, the common disposal of trash from small industries and households and lacking appropriate disposal practices. Without proper surveillance methods, monitoring the quality of surface and groundwater has become a major challenge.

From 2002 to 2011, the government of Gambia invested approximately $1.7 million annually on “water-related infrastructure and programs.” The funds were primarily distributed between water supply and sanitation on large systems (61.4 percent) and agricultural water resources (21.3 percent).

The amount of reliable drinking water sources has risen 15 percent from 1992 to 2010 and continues to increase. In 2010, 15 percent of rural and eight percent of urban Gambians did not have access to sanitary drinking water. Nearly all of Gambia’s potable water must be drilled from underground. The surface water, which includes and is affected by the River Gambia and its tributaries, is incredibly saline and undrinkable. Groundwater sources supply potable water for urban areas, industry, tourism, livestock and irrigation watering.

Rural areas depend on the help of independent charities for access to potable water. The investment-based charity, Water for Africa, believes that the best help for a country’s infrastructure and prosperity begins with accessible, clean water. So far, it has primarily helped West African countries by using donations to find regions that have unreliable access or none at all. It has specifically helped two regions in the north and south of Gambia by identifying the villages, Bambara and Kuntair, as the best hubs for wells and funding their installation to improve the water quality in Gambia.