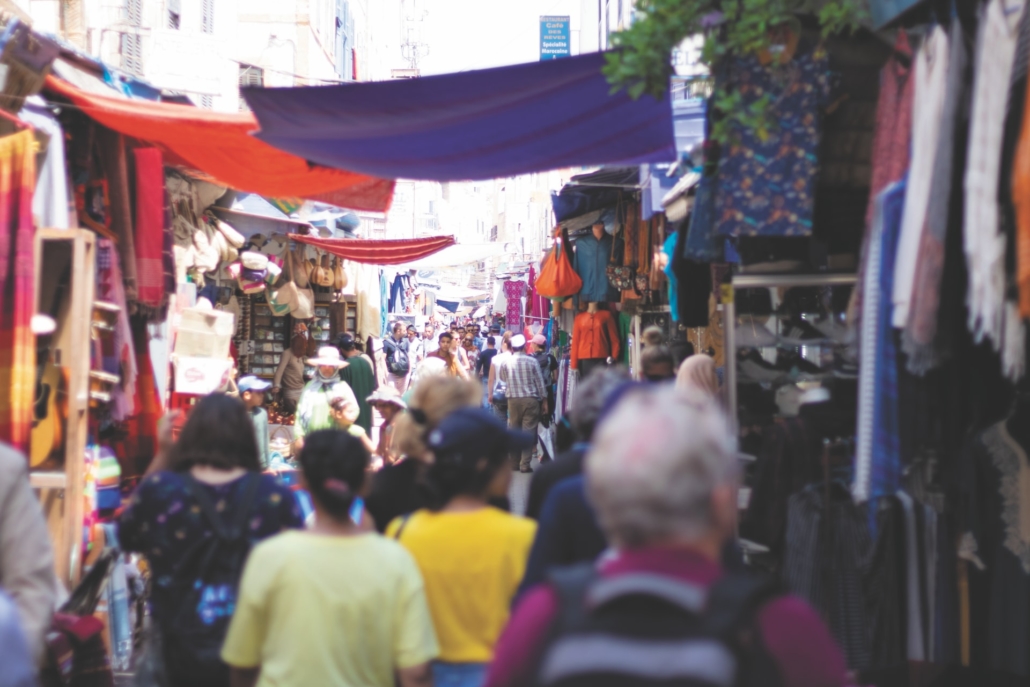 Couples and women commonly come to pray for fertility at the shrine of Shah Daula in Gujarat, Pakistan. According to certain beliefs, women who conceive after praying at the shrine donate their firstborn child to the shrine to prevent disabilities from appearing in the rest of their children. These children, dubbed the “rat children of Shah Daula,” largely suffer from primary microcephaly, a medical condition where the head’s circumference is smaller than average and the brain is smaller on average as well.

Many of these children beg around the shrine and surrounding cities. Theories in the past as to how these individuals came to be range from artificially-done microcephaly to genetics. Regardless, history and current issues of exploitation of the children and adults in the shrine of Shah Daula remain. Furthermore, addressing the cycle of poverty for these individuals stands as a critical priority.

One of the main conversations surrounding the “rat children” consists of the nature of primary microcephaly. The belief of artificially inflicting individuals with primary microcephaly has its roots in certain religious traditions connected to the Shah Daula shrine. The process involves putting an iron ring around a child’s head to restrict the growth of the head and brain, shaping their features to resemble rats. This typically forces these children to have to beg for a living.

Genetics also cause the deformities. Medline states that in Northern Pakistan, which has one of the highest rates recorded, primary microcephaly affects one in 10,000 newborns.  The high prevalence correlates to higher rates of intrafamilial marriages, which results in higher rates of genetic disorders.

However, despite debates on the causes, individuals born with primary microcephaly suffer a neurodevelopmental disorder. They bear the medical symptoms for the rest of their lives. Individuals with primary microcephaly typically experience the following in varying degrees: delayed speech and language skills along with delayed motor skills. It is these qualities that make the children and adults suffering from this neurological disorder vulnerable to exploitation. Many of the children and adults of the shrine of Shah Daula do not have anyone to depend upon and are largely left to beg on the streets for money.

Origins of the condition aside, many people with primary microcephaly remain in poverty due to exploitation. In an academic study from the Quaid-e-Azam University of Pakistan, one interviewee describes how villagers in certain areas took advantage of disabled individuals for financial gain. “Villagers take these kids from their parents by giving them money and make them bareheaded.” The money the children receive from begging would then go into the villagers’ hands.

Many aspects of the mistreatment surrounding microcephalic children and adults remain illegal under the Pakistan Penal Code. Section 328 in the Pakistan Penal Code relates to the “[e]xposure and abandonment of a child under 12 years by a parent or person having care of it.” This means that mothers, fathers or guardians cannot leave a child anywhere with the intention to abandon the child.

Sections 332 and 335 make disfigurement, whether temporary or permanent, punishable by law. Section 374 separately states, “Whoever unlawfully compels any person to labor against the will of that person, shall be punished with imprisonment [or fines or both].” Nearly every aspect surrounding the treatment of microcephalic individuals in Pakistan can be considered illegal.

While there has not been major change concerning the treatment of microcephalic children and adults in Pakistan, new laws supporting the exploited and abandoned are a step in the right direction. In 2016, the parliament of Pakistan passed the Unattended Orphans (Rehabilitation and Welfare) Act, with the aim of “protecting the rights of unattended orphan and abandoned children” as well as “ensuring provision of facilities to them, including housing, education and healthcare.”

The Act also necessitates that the government “take other measures as may be necessary for their rehabilitation and welfare.” Importantly, the Act declares that anyone “who forces any unattended orphan to beg and commit petty crime or pick rags or any act which is injurious to health and dignity of an orphan will be punished with imprisonment of not less than four years, which may be extended to seven years and a fine of up to Rs200,000.”

Medical care for these individuals and providing for their basic needs so that they are not left vulnerable could improve fundamental conditions. The Technology Times suggests an increase in genetic counseling to address the role that genetics and “consanguineous” marriages play in the high rates of primary microcephaly in Pakistan.

An increased focus on helping those afflicted would benefit many in Pakistan. To lead to a point of positive change, the Pakistani government can evaluate from joint medical and policy standpoints to better help some of those most in need.