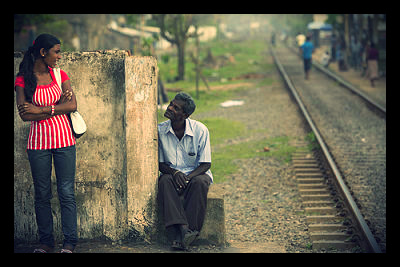 Poverty in Sri Lanka has been decreasing for years, and a recent study shows that this trend is continuing. Between 1990 and 2011, overall poverty in Sri Lanka plummeted from 26.1% to 8.9%. Much of this progress has been made in recent years, with the number of Sri Lankans stuck in poverty falling by over half between 2006 and 2012.

While Sri Lanka definitely deserves recognition for the astounding progress it has made, there are still some clear areas for improvement. For example, gains in the fight against poverty have been uneven across various population groups. While poverty rates have dropped significantly in both the urban and rural populations, poverty on Sri Lankan plantations has actually risen by roughly half. Sri Lanka is also being outpaced by some of its geographical neighbors. Growth rates of per capita income are far behind those of South Korea, Malaysia, and Thailand. Studies focusing on Sri Lankan poverty also reveal a vicious cycle, in which people who cannot afford adequate nutrition are more likely to develop health problems later in life, which often drain them of any monetary resources they do have. Similarly, when people can’t afford education, they are less likely to gain access to highly profitable employment opportunities. Cycles such as this help organizations and governments understand why poor people tend to stay poor, enabling them to more effectively empower the poor to raise themselves out of poverty.

Various organizations, including the United Nations Development Program, have worked alongside the Sri Lankan government to make this progress possible. Much of their success has been with programs to improve the efficiency of agriculture and fishing businesses. These programs include an initiative to advocate for struggling plantation workers that make up an increasing percentage of the population, and the building of an ice plant so fishermen can store their catch in order to get a better market price. Another significantly effective strategy in Sri Lanka’s fight against poverty has been to encourage political stability. These efforts have included the building of a new courthouse, and improved training of Sri Lankan police officers. Efforts such as these take a holistic approach to poverty. They arise from careful consideration of the myriad factors that contribute to poverty on both individual and societal levels, and they work to address those factors. Innovative work such as this, and the encouraging results it has produced thus far, serve as an inspiration in the global effort to end extreme poverty.