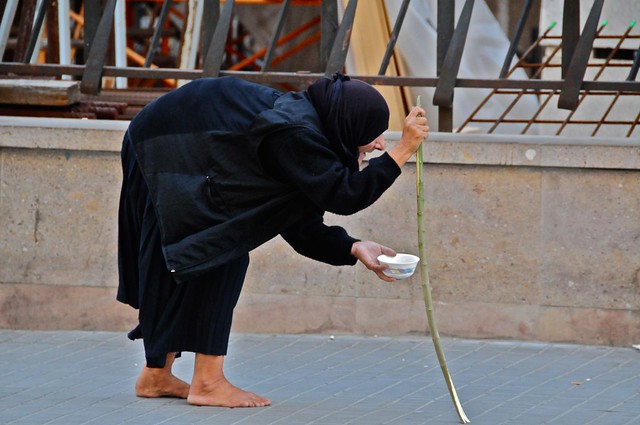 As other European countries experience a resurgence in economic growth and subsequently lower unemployment rates after the 2009 Eurozone crisis, poverty in Spain and the unemployment rate are on the rise.

Both the unemployment and poverty rates in Spain currently stand at approximately 21%, with the majority of the impoverished and unemployed concentrated in southern Spain. Regions of northern Spain, especially the Basque Country, have much lower poverty rates due to being a hub for major aeronautic and energy industries.

The stark divide between Spain’s wealthier northern provinces and poorer southern regions has exacerbated the inequality in the distribution of resources and wealth, creating unstable conditions despite Spain’s improving economy.

Poverty in Spain impacts children below the age of 16 more than any other age group, including the elderly. In 2013, one in three Spanish children lived in poverty or were at risk of social exclusion. The average percentage of children living in poverty in the European Union (EU) is 27.6% while Spain tops the EU average at 32.6%, according to the Guardian.

Spain’s high child poverty rate is best explained by budget cuts to child spending in response to Spain’s Great Recession that began in 2008 and persisted until 2015. The Spanish government cut child spending by 15% in 2010, which negatively impacted the quality of education and access to educational resources in Spain. Subsequently, Spain’s school dropout rate reached 24% in 2015, the highest in the EU.

To uplift underprivileged children from poverty in Spain, members of the Spanish Alliance for Investing in Children (SAI­­C) strive to improve the quality of Spain’s educational system in addition to providing health and child development services in resource-poor communities.

Save the Children Spain, a member of the SAIC, believes that the risk of child poverty is strongly linked to a child’s level of education and that of their parents. In a recent report, Save the Children Spain proposes that public policy should reflect the needs of Spain’s children including increased access to education, health services, sports, cultural activities and everything that contributes to interpersonal development.

Increasing the quality of and access to education also has the potential to gradually reduce Spain’s dismal unemployment rate. However, a manifesto drafted by 100 economists suggests immediate policy reforms that could temper Spain’s volatile labor market–the root of Spain’s rising unemployment rate.

Historically, Spanish workers have had rigid, open-ended labor contracts, particularly during the dictatorship of Francisco Franco. Under Franco, workers who were laid off received compensation amounting to 60 days of pay for each year they worked. Currently, Spanish employers must offer 33 days of severance pay for every year worked for their permanent employees.

In 1984, the use of temporary contracts became a popular way for companies to avoid the responsibility of expensive worker’s compensation. Temporary contracts typically last a maximum of two years and offer low salaries, little protection and low layoff pay (about eight days of pay per year worked). In 2015, 92% of the 15.4 million labor contracts signed in Spain were temporary and one in four contracts were for seven days or less, according to Fortune Magazine.

Under the skewed structure of Spain’s economy, there is too much leeway for companies to exploit temporary workers. Thus, the Manifesto of the 100 Economists aims to protect working Spaniards from high job turnover rates by eliminating the duality of the labor market and having all workers under one contract.

The proposed contract would adjust Spain’s layoff pay to incentivize employers to invest in permanent employees while ensuring that workers receive proper compensation. The authors of the manifesto also suggest that training centered on gaining marketable skills be provided for the long-term unemployed so that they can re-enter the labor market with confidence in their skills and in their protection under new labor laws.

While permanent reforms to address the causes and effects of poverty in Spain remain pending, members of the SAIC and labor reform activists continue to lay the foundation for a more stable Spain.