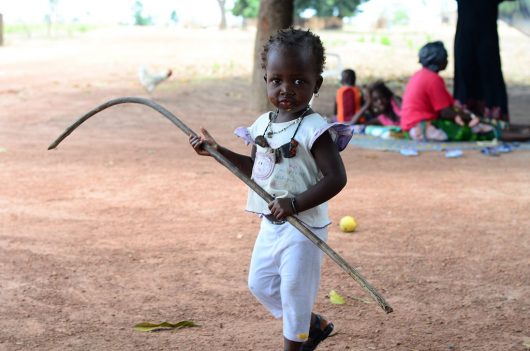 The Islamic Republic of Gambia is a small West African nation of fewer than two million people and surrounded on almost all sides by Senegal. With an economy built on a small patch of tourism, peanuts, and money sent home from abroad, poverty in the Gambia has had a period of stability for the past two decades.

The authoritarian government of outgoing president Yahya Jammeh has been in power since 1994. As recently as 2006, President Jammeh’s campaign claimed that government aid and continued development would only go to its supporters, while those who supported others should expect nothing.

Hope for Reducing Poverty in The Gambia

Today, more than a third of The Gambia’s population lives below the U.N. poverty line of $1.25 per day. The nation’s poor are mostly in rural areas, and 60 percent of The Gambia relies on agriculture to make a living. Irregular rainfall, economic instability and fluctuating food pricing all contribute to the plight of the Gambian proletariat.

Low productivity persists in the staple area of rice farming, where inefficient technologies and practices lead to less yield during harvests and contribute to worsening soil fertility. Few rural institutions are able to provide basic social services and credit.

In a surprise turn of events, President Jammeh lost this year’s election to a candidate who ran on issues of economic revival, ending human rights violations, and establishing a more earnest democracy. With the end of Jammeh’s presidency comes a potential for The Gambia to begin receiving increased funding from the U.N. and E.U. Ban Ki-moon and Federica Mogherini have stated, on behalf of the U.N. and E.U. respectively, that their institutions are prepared to support The Gambia.

The President-elect, Adama Barrow, is already promising to strengthen relations with Europe and other potential partners in development. Many relationships had been strained by the Jammeh administration, and after 22 years, The Gambia may be in a position to put its most vulnerable at the forefront of its government.